After I bought Appetite for Reduction without realizing it was lacking a dessert section, I was chagrined to find that another recent cookbook purchase- Alternative Vegan, the reprint of which I'd been stalking on Amazon for over a year, also had no discernible sweets chapter either!  What's a girl to do?  Make the closest thing she can find: banana bread (p.86), obviously. 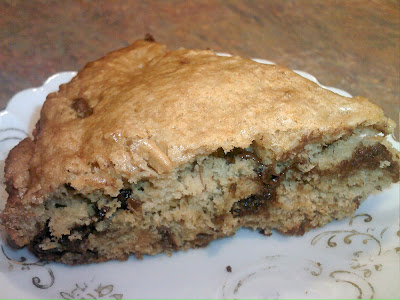 You might not think of banana bread as dessert, but in my house we do it up right with chocolate chips. 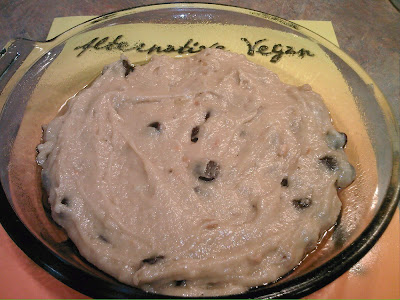 As it turned out, there was only one, minute banana in the house & the recipe calls for 3 medium.  So, I quartered the recipe and made the smallest cake possible, baking it for 24 minutes at 375. 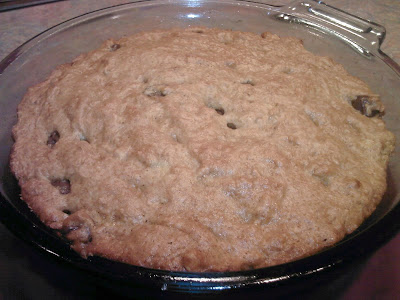 The banana cake was a huge hit and a mere memory within minutes of having cooled.  And now that I've conquered an Alternative Vegan dessert I'm anxious to try some of the other enticing recipes.  Stay tuned!
Posted by Abby Bean at 9:08 AM