Besides in the occasional salad, I think I've only ever eaten baked endives once.  And, frankly, I don't particularly recall having particularly liked them- all covered in a milky sauce and what I believe was provolone. 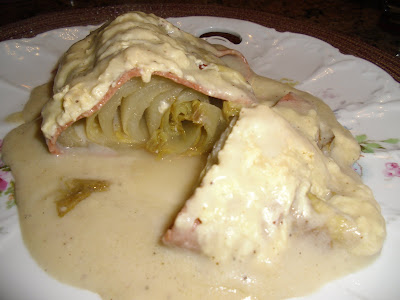 Yet for some reason I always find myself glancing at the Belgian endives in the supermarket, and recently noticed that they were looking particularly appealing.  I took great care to choose a bagfull, only to suffer sticker shock when I realized that those suckers are heavy!  Of course I was already committed, having taken the time to pick the best ones, so I splurged.  When I got home it finally occurred to me that I had no idea what to do with them and, believe it or not, there was not one endive recipe in any of my vegan cookbooks that wasn't for a salad.

Google to the rescue; it quickly became apparent that my vague memory was the standard for Belgian endives, something called "Gratin d'endives au jambon".  Oddly, all of the recipes were a little vague with the information ("grated cheese"?  I need a measurement, people!?) and, unfortunately, most of the recipes were from overseas: with measurements in- gasp!- grams and litres.  With no getting around that, I pulled up an online conversion chart and chose the plainest and clearest recipe I could find: this one from The Cooking Ninja, and did my best to simplify, specify, and veganize it.

Baked Vegan Endives with Cheese, Bacon, and Bechamel Sauce
serves 6-12 (Figure 1 per person if main dish, 1/2 if side.  Note: it looks much swankier whole)

1. Preheat oven to 430 degrees.
2. Wash endives, slice off the base, and carefully cut out the one inch cone-shaped core with a grapefruit knife (not only for grapefruit!). 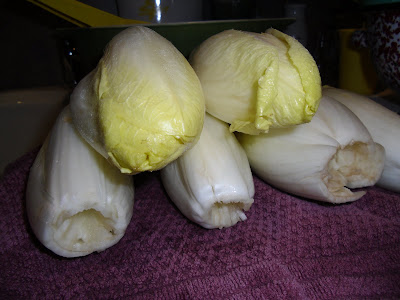 3. Lightly oil a casserole dish just big enough for your endives to fit snugly, deep enough to corral the sauce.
4. Wrap each endive with two slices of bacon and place in dish. 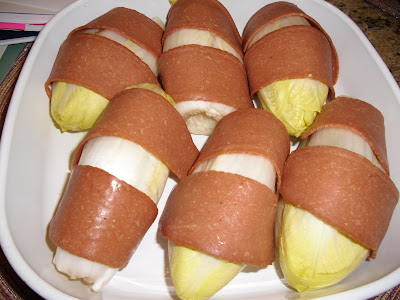 5. Set aside to begin preparing the sauce.
6. Melt butter in a sauce pan on medium heat.
7. Whisk in the flour for a minute; the butter and flour will form a fluffy paste.
8. Whisk in the milk and settle in; you're going to be whisking continuously for about ten minutes (and you won't even wind up with pudding).
9. Once the sauce thickens, lower the heat to simmer and add seasoning.
10. Let simmer for 10 minutes, whisking everyone few minutes.
11. Pour the sauce over the endives, taking care not to overflow. 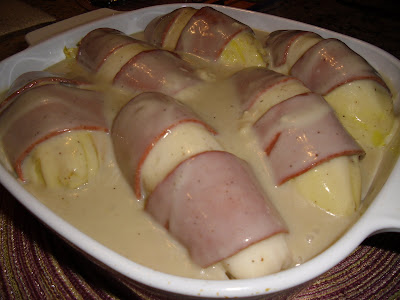 12. Sprinkle cheese atop the endives. 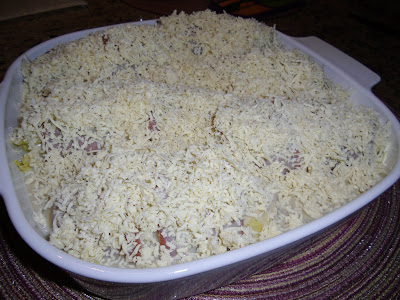 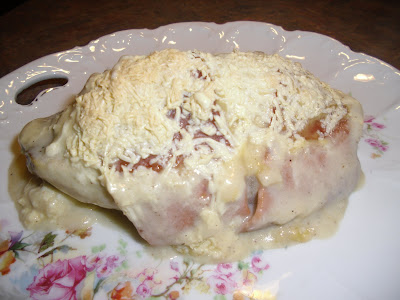 Fancy, lighter than I expected, and decadent; give it a go; it will really impress!  The richness of the sauce, cheese, and bacon is countered by the freshness of the endive's dense, crispy leaves.

*So, um, what do you suppose is treacherous about un-refrigerated Smart Bacon? 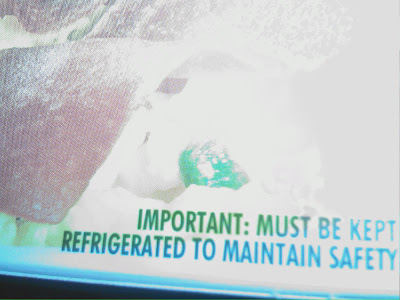