As a witty friend was quick to point out, it did rain on our parade; but that did not damper the success of the the 4th (!) NYC Veggie Pride! 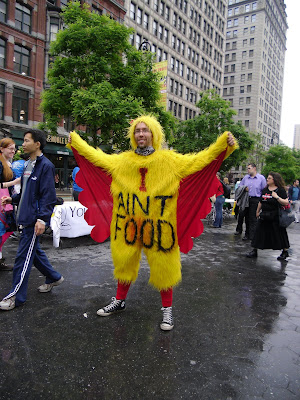 And, remember the official "Where's VM?" tally of last year's Veggie Pride Parade?  None needed this year, because she decided to show her (over two year) veggie pride by walking with us!
﻿
﻿All seemed quiet at the parade start-point, but it was only because most were keeping dry under the scaffolding. 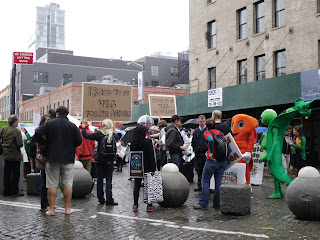 Once we lined up and got started, the group really showed itself to be quite the crowd. 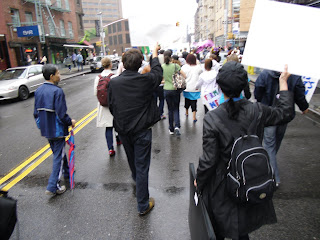 The turnout was great and I think this was the most festive and well-rounded parade I've participated in.  Not only was there marching, but also drumming, dancing, and chanting. 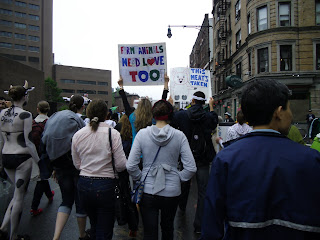 There was no shortage of on-lookers and parade participants were seamlessly breaking their stride in order to hand out literature to all who showed an interest in our cause.  The signs were great, but I, personally, was advertising showing my love for The Cinnamon Snail. 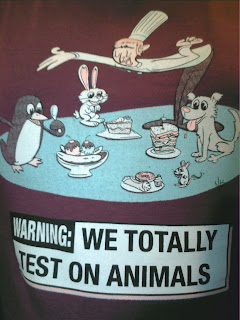 We had the pleasure of walking in support of Veggie Conquest. 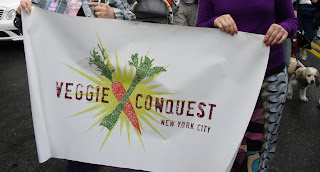 Per usual, New York's finest kept us safe and in line. 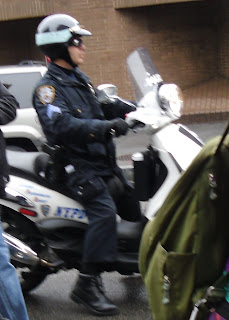 And all too soon we were at the parade's end: the event's beginning at Union Square Park.

Jessica of Veggie Conquest and Veggie Prom fame (a supreme, vegan master in her own right), took time out to pose with Honey LaBronx. 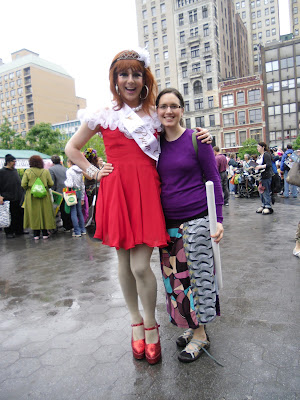 Showing some mainstream support to the event, Sabra was giving away samples of hummus and pita chips, along with lots of interaction and friendliness.  It was right about here that I finally had the pleasure of meeting the venerable Doris Lin and her family: live and in person.  If you haven't already, check out her fabulous blog. 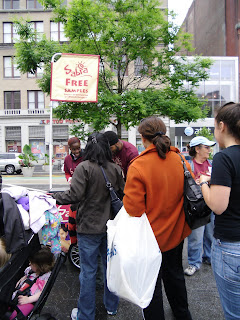 Gone Pie was sampling her goodies at the Friends of Animals table. 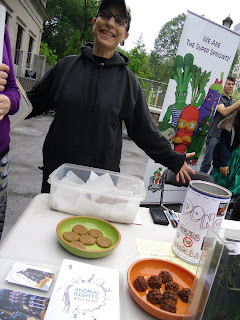 V-Spot was once again the most popular place to be with their generous and seemingly never-ending supply of delicious empanadas with salsa. 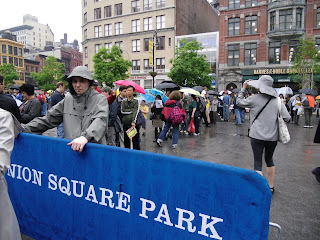 Yes; they are that good. 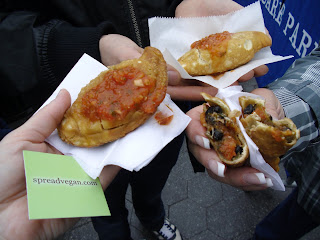 After checking out some of the other tables at the event: Mercy For Animals, Catskill Farm Animal Sanctuary, and Loving Hut (tip: they have really nice pens), we headed over to Zen Palate for some lunch. 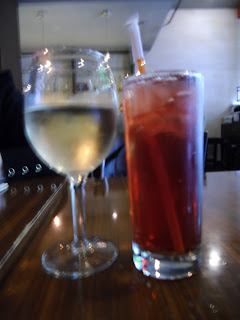 Scallion pancakes that we were assured were vegan:
﻿
﻿ Zen burger with yam fries:
﻿
﻿ Sweet & Sour Sensation: 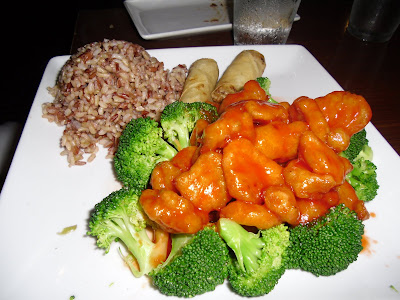 The food was good and the staff was very nice, but we did not stay for dessert; a trip to Lula's was in order.  Bonus: a new but familiar face behind the counter!

We all anxiously dug into our ice cream, so forgive the half-eaten cones: 1 rocky road wafer cone and 2 drumstick sugar cones. 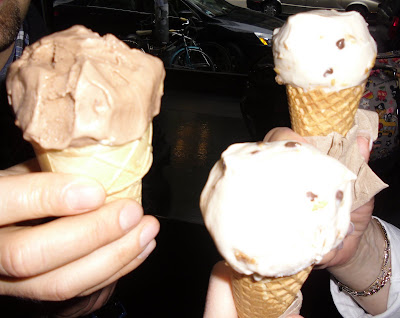 All in all, it was a most successful parade and event; looking forward to #5.
Posted by Abby Bean at 11:09 AM