In an attempt to surpass the previous year's Eve Eve festivities, this year we celebrated on Eve Eve Eve!  This time, my good friend coordinated a group to celebrate the holidays at V-Note on the upper east side.  I'd never been, but I was anxious to try someplace new whose menu was so similar to Blossom's (without actually being Blossom). 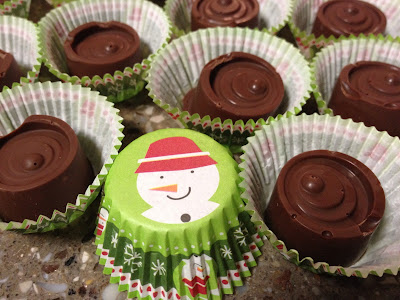 It all started out on a pretty amazing (v-) note when I noticed bilberry juice on the menu. 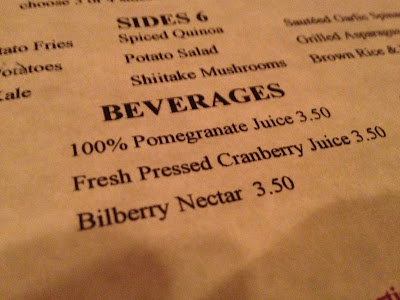 And you'll never guess what happened: I ordered it, and it was served! 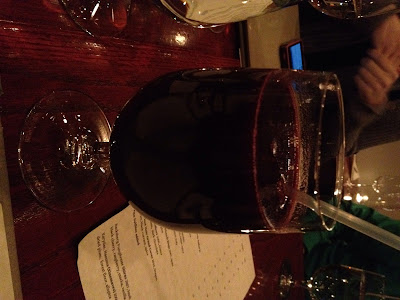 Well what do you know?  Some places can actually deliver bilberry juice instead of making a federal case of it (see here and here)!

I couldn't decide between two appetizers, so luckily my pal agreed to split them with me to save me from making the wrong choice.  First up, my favorite appetizer of all time, the black-eyed pea cake: crispy cake of Yukon gold potatoes and black-eyed pease with a chipotle aioli.  Different restaurants serve this dish different ways: either one large cake or two small.  While he prefers the small, I do believe I prefer the large.  But I would like to stress that I wouldn't turn one down in any form. 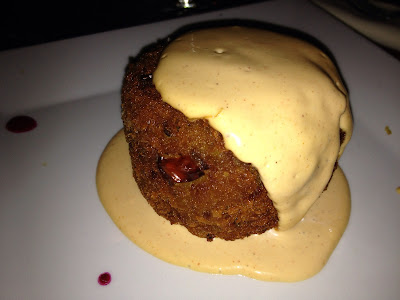 Second, the lentil rings: french lentils and root vegetables in a phyllo crust with pistachio mustard.  Interestingly, not actually rings at all, but totally delicious and reminded me of the phyllo roulade entree that I love at Blossom, albeit with a completely different sauce. 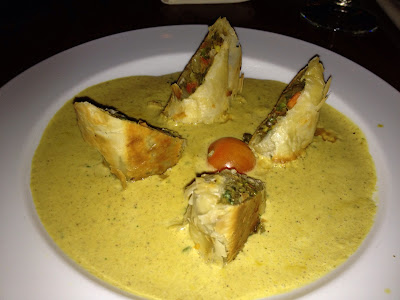 For an entree, I chose the feijoadinha (Brazilian stew): smokey tempeh, chayote, sweet potato, chick peas, lotus root and black beans, served with rice.  Since the menu was very seitan-heavy, I was glad to have a tempeh option; I'd probably order this again (although VM ate the leftovers and dubbed it "too beany." 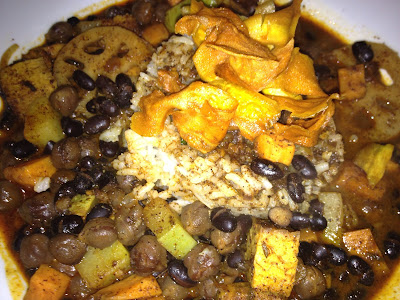 Two (almost 3) friends chose the the crispy pinenut and basil seitan: pine nut and basil crusted seitan cutlets in a creamy white wine sauce with slivered artichoke hearts, roasted potatoes and cherry tomatoes, topped with grilled fig.  The portion was extremely generous and enjoyed by both, but no telling why the slice of pineapple came into play.

The seitan piccata: seitan cutlets in white wine lemon-caper sauce with mashed potatoes and grilled escarole was definitely the most enviable plate at the table. 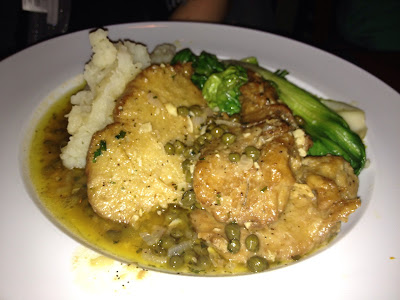 
The salads all sounded really appealing, so I was glad this one came out looking and was reported as tasting as good as the expectation: Caesar salad: crisp romaine, soy chicken, toasted capers, herbed croutons tossed in our Caesar dressing sprinkled with gomashio. 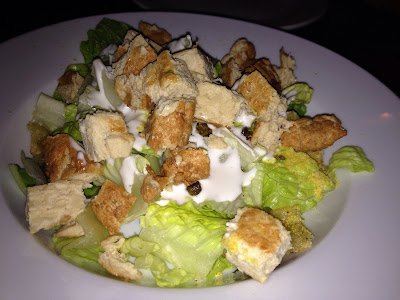 The medallions au poivre: seitan medallions in a French peppercorn sauce, served with potato-cauliflower puree and roasted asparagus looked positively succulent and was another dish of significant size.


I think I can speak for everyone in our party when I say that V-Note now has a slew of new fans (plus 1 or 2 repeat fans).  The food was terrific, the dining room was pretty, and our waitress was unfailingly friendly, patient, and pleasant. 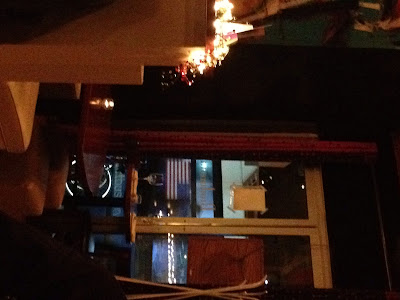 I would be remiss, however, if I didn't mention that I felt strongly that some aspects of the service were not befitting the upscale restaurant.  The food runner assisting our waitress consistently stood on one side of the table, announced the dish he was holding, and then handed the plates to be passed amongst those of us dining.  This happened during both serving and clearing of dishes and was annoying and unnecessary, but would be very easily remedied. 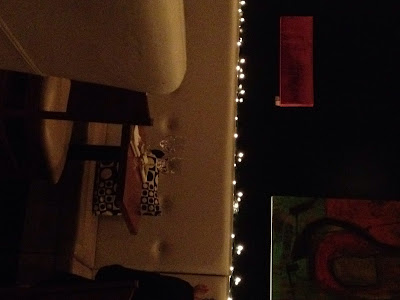 Finally, inspired by Andrea's Easy Vegan Cooking, I'd purchased these chocolate moulds a while back and finally decided to try them out for Eve Eve Eve. 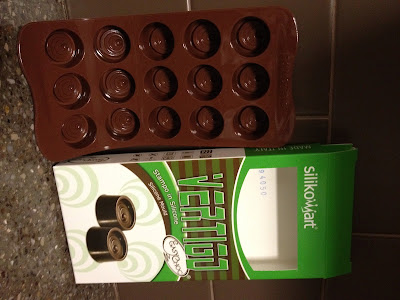 Pressed for time and thinking of Biscoff, I simply melted dark chocolate, mixed in Biscoff spread, moulded, and chilled.

They certainly didn't turn out perfect, but they were yummy. 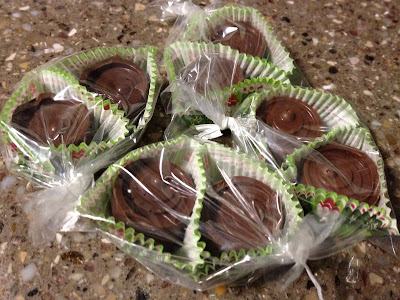 Plus, who can resist the snowmen? 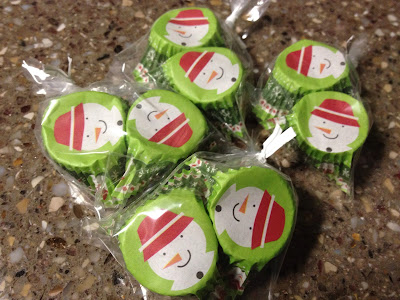 Coincidentally, on the walk from the restaurant to the train I thought I'd spied Andrea walking in the same direction.  This was unexpected, as she lives on the other side of the country (although I knew she'd recently been visiting Philadelphia).  I called her name and there was no response, but it was possible that the wind had prevented her from hearing me.  We all wound up on the same subway platform so I asked; it wasn't her.  Almost, Andrea!  Or, more honestly, not even close.