Not only was it 89's first Christmas, but it was also the first one in my new home.  The plans for the day were made last minute, but everything came together- with time even for a nap.  Breakfast was at my house: 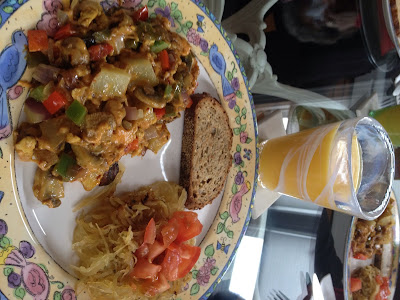 I'd roasted the spaghetti squash the night before, and it served in place of hash browns.

﻿﻿ ﻿﻿ ﻿
For some reason it was a little bland, so I added Bragg's and (extremely roughly chopped) tomatoes. 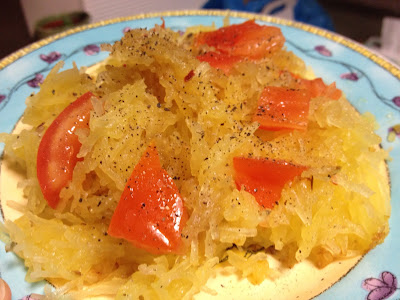 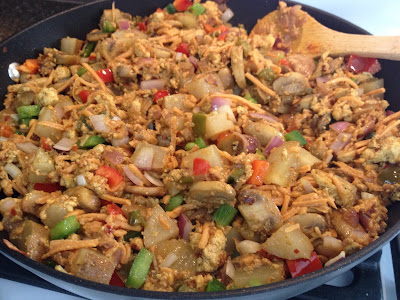 I'm really glad there are leftovers. 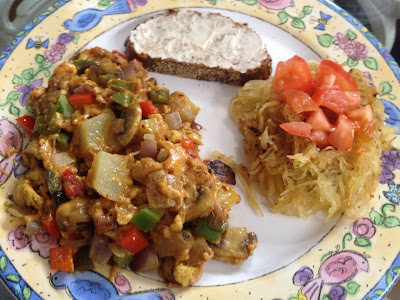 Dinner was at my parents' house: fusilli with VM's homemade sauce and eggplant rollatini (unpictured- gah!). 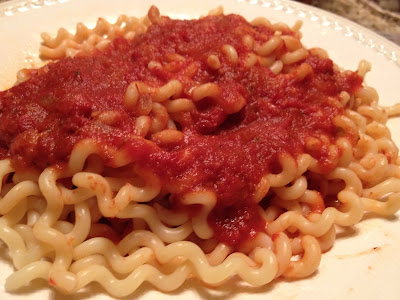 And, in keeping with the Italian theme, there were chocolate dipped cannolis from Vegan Treats for dessert. 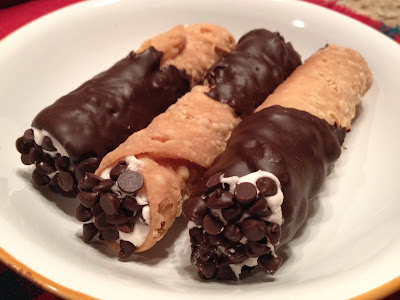 Ok, there was more from Vegan Treats: 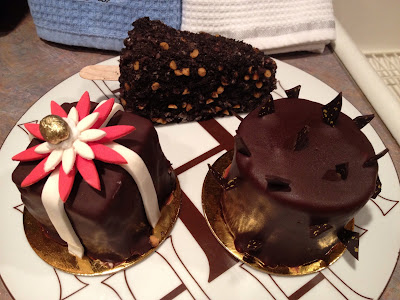 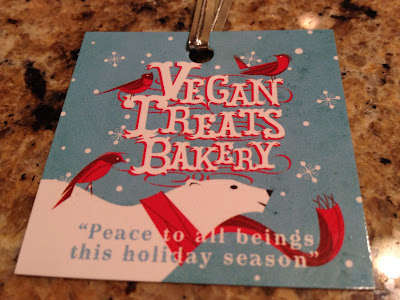 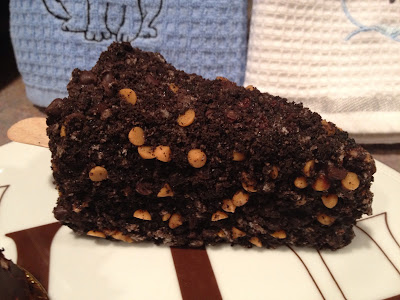 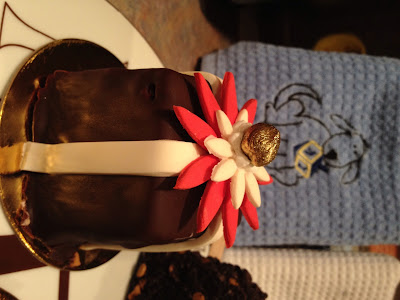 Yes, that's a golden hazelnut atop: 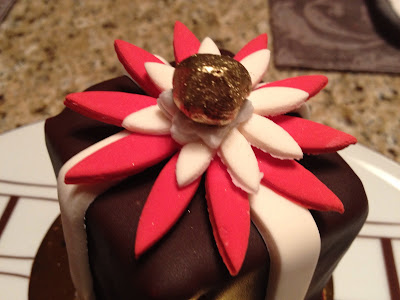 And Death by Chocolate: 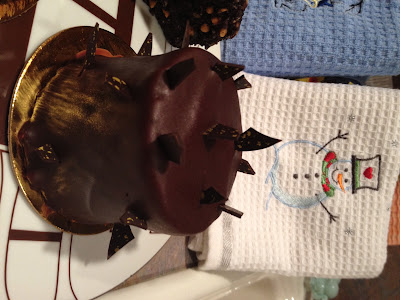 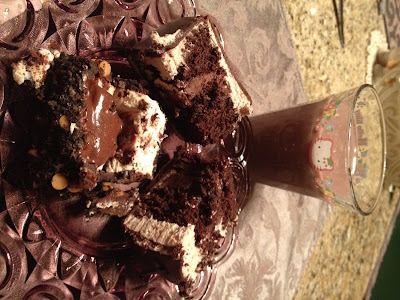 Although it was 89's first Christmas, it didn't take her long to get into the swing of things. 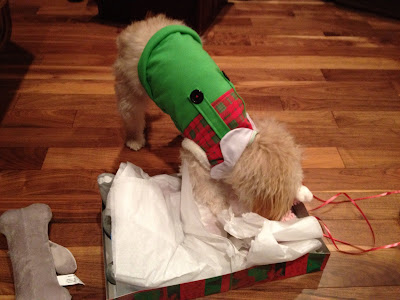 She destroyed her toys almost as fast as she opened them. 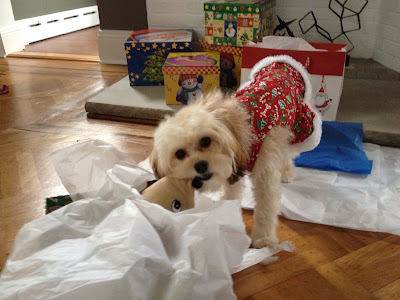 These poses, of course, on the heels of not having been very cooperative with Santa.
﻿ ﻿But, the truth is out there:


Hope your holidays were grand. 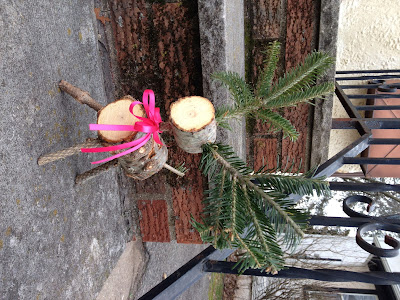 Two more celebrations to get through: New Year's and VM's birthday!﻿
Posted by Abby Bean at 11:37 AM