Let's face it, it's a non-vegan world and we're just living in it.  But thanks to vegan entrepreneurs, that's changing.  Take for example, Sara- the mastermind behind the incredible vegan marshmallows and more at Sweet and Sara. 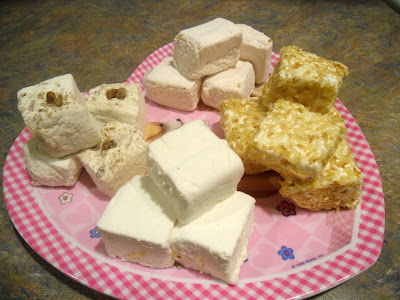 When you peruse the assorted goodies available from Sweet and Sara I suppose you could consider that they just exist by magic.  Not so.  There is an actual factory from which they spring forth!  Indeed, a vegan factory.  A vegan, marshmallow factory.  And, I was lucky enough to visit. 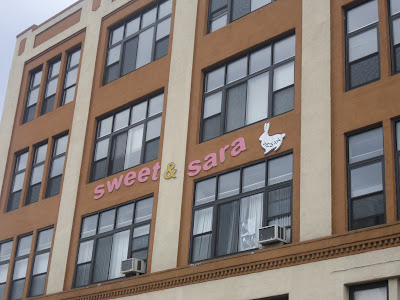 Despite the general excitement of visiting a vegan marshmallow factory, when you approach the address you don't very well expect much more than a building.  Well that's just not Sweet and Sara's style; their building is splashed with a giant, pink sign...and possibly the most enormous "vegan" I've ever seen- proclaimed in Sara's ubiquitous bunny.  It really fills you with a sense of vegan pride to see it in person.


I admit that I was too awestruck to so much as ask if I could take pictures inside the factory, but once it occurred to me, it just didn't seem appropriate.  Far be it for me to pull back the curtain and expose the genius; feel free to continue thinking it's magic.  I will share that highlights included a temperature-controlled room filled with more product than I could have imagined seeing in one place and an oven so immense that I mistook it for an elevator.  Suffice it to say, the whole factory is immaculate and filled with Sweet and Sara goodies.  And yes, I want to move in.

For those of you unfamiliar, Sweet and Sara offers a considerable assortment of marshmallow flavors: vanilla, strawberry, cinnamon pecan (OD's fave), seasonal pumpkin, seasonal peppermint, and my favorite: toasted coconut (to be unseated if a chocolate-doused marshmallow becomes available). 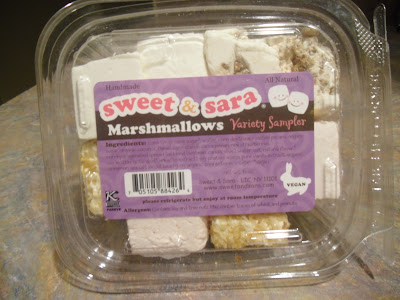 They also offer adorable holiday specialties, and a host of other products. 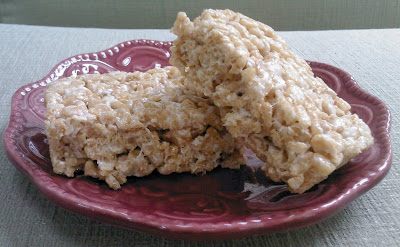 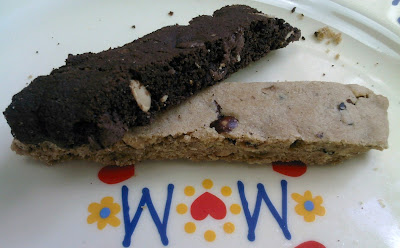 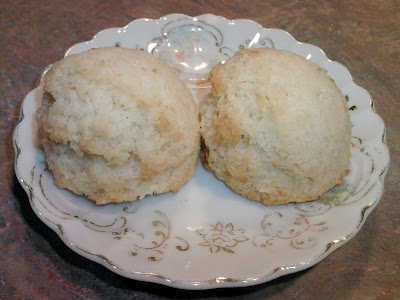 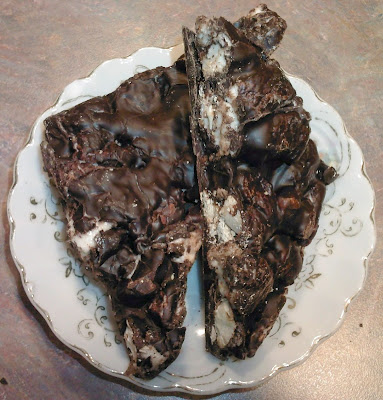 And, of course, s'mores- in peanut butter and original: 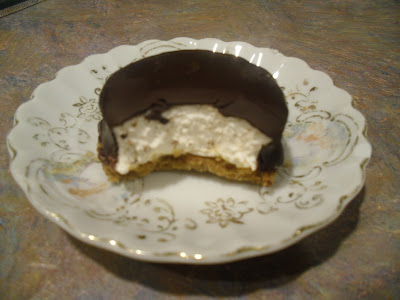 Note: s'mores are now available in mini for those of us looking for a higher proportion of chocolate to marshmallow than the original:


All of these items are great for snacking.  If you're feeling adventurous, though, get creative!  Try a fluffernutter, a marshmallow cupcake, or just a buffet.  Otherwise, enjoy what other people are doing with them; try The Cinnamon Snail s'mores donut, or Lula's Sweet Apothecary's caramel marshmallow graham and rocky road ice cream flavors- all featuring Sara's creations.  The possibilities are endless!


Sara, I'm sure I wasn't able to impart how thankful I am that people like you exist to fight the good and delicious fight for veganism and compassion.  I know that you have the strong support of your family, but ultimately it is you- young, female, and vegan, who has made this happen.  Bravo and thank you for always being so very generous!
Posted by Abby Bean at 10:24 AM

Email ThisBlogThis!Share to TwitterShare to FacebookShare to Pinterest
Labels: Sweet and Sara