I Did It; I Veganized White Pizza. I Am Full.

What better way to embark upon any pizza preparation than to dig into your ten pound stockpile considerable frozen stash of Daiya?  None, so for the first step I simply let a pound of mozzarella shreds defrost in the fridge for six hours.  In the meantime, I made the tofu ricotta recipe from Vegan With a Vengeance/Veganomicon, subbing 1 1/2 tbsp white miso for the salt. 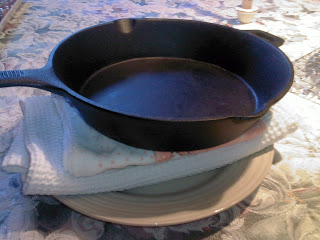 This is what my tofu looked like while it was pressing.  I'm quite proud of this configuration, as it uses no wasteful paper towels and does not require a tower of items precariously set so that they will inevitably topple, breaking the fancy, monogrammed mug your boss gave you last holiday something (obviously I don't have a Tofu Xpress). 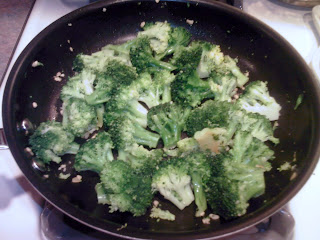 Then I pan-fried a bag of frozen broccoli florets in garlic and a negligible amount of oil until lightly browned.  I should note that although I specifically bought the florets, I had to cut about an inch of stalk off each piece in order to wind up with actual florets.  This is why it the resulting pizza doesn't look overly broccoli-fied even though I used an "entire" bag.  Don't worry, I did eat the stalks; they just didn't make the cut for what I was anticipating would be a beautiful pie.

The pizza dough was courtesy of the basic recipe in My Bread .  The recipe is intended to make two extremely thin-crusted 13 X 18 pizzas.  I prefer a thicker crust, so I used the full recipe to make only one pizza of the same size.  Also, in order to avoid over-oily issues I've had with this cookbook in the past, I chose to lightly spray the pan with olive oil instead of pouring it on by the truckload as suggested in the accompanying photographic directions.

Dough before the first rise: 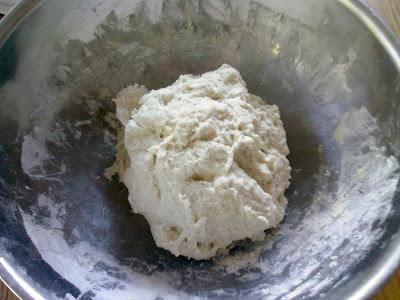 Dough after the first rise; it never gets old: 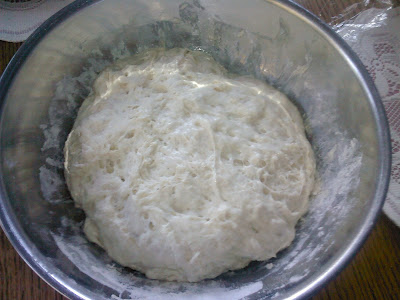 I do want to note that by the time all of the rising was done, I was beginning to wonder if I had chosen the right dough recipe.  It seemed that the trade-off of 2 1/2 hours of rising for a no-knead method, vs. 5-10 minutes of kneading for 1/2 hour of rise time was a tad disproportionate.  This, however, was before I tasted the results. 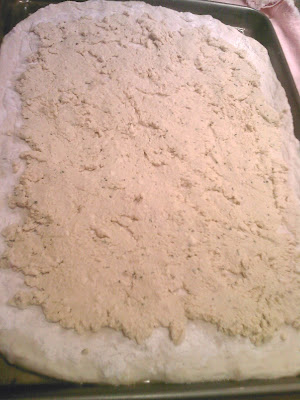 It was tricky to spread the ricotta without stretching the dough; this might be because mine was chilled from being in the refrigerator.  Perhaps if you make it right before you are going to layer it on the pizza it will be warmer and more pliable.  But, right out of the fridge, a rubber spatula did not work at all, so I wound up using the tip of a metal cake server instead.  If you do so very carefully and patiently, it will eventually spread so that you have an even layer.  One batch of ricotta was just enough for one pie. 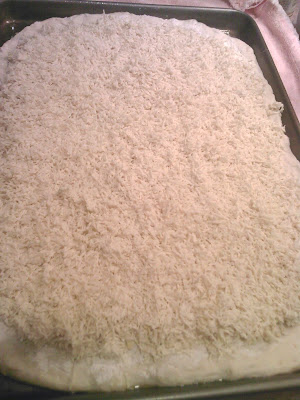 The copious amount pound of Daiya mozzarella shreds (yep, the whole pound) was exactly enough to make the pizza ultra cheesy, while still allowing the taste of the ricotta to shine through.  At the last minute I considered not adding the broccoli, but I'm glad I did.  This is a very rich pizza, so some juicy, green vegetables were a fine and welcome addition. 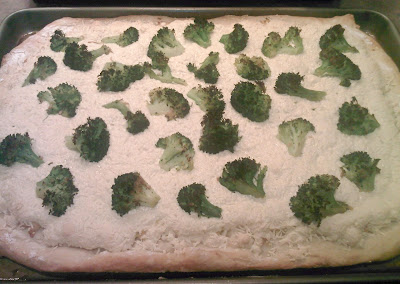 While my minimal photography skills are mostly to blame, white pizza isn't exactly photogenic.  But I did manage to get one photo to adequately represent the impressive results of my day of cooking: 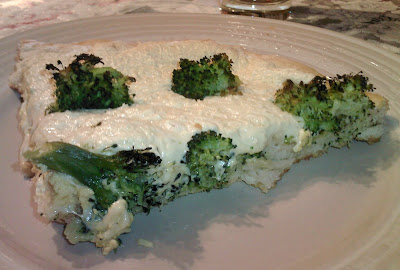 And this is me showing off the perfectly cooked underside of my homemade crust: 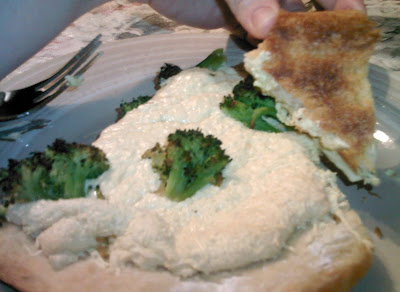 If I were to revisit this white pizza recipe I wouldn't change any proportion or step; everything worked out really well.  But next, I think I'll tackle a traditional pizza because I like things saucy.

In the meantime, this one makes excellent leftovers: 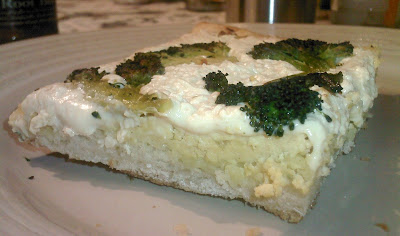