Match Meats Sausage: Too Matchy for Me

Match Meats generously donated a complimentary package of their meat analog to every attendee of Veggie Conquest IV; as a taster, that included me.  I'm not a big fan of faux meat, but since I attended with two almost complete eschewers I wound up with three packages in my freezer. 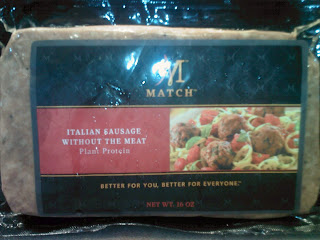 I decided to whip up some sausage and onion heroes.  I'm not sure what prompted this epiphany; I don't even remember what sausage tastes like and I don't think I ever ate such a hero.  But I do like sauteed onions, so there's that.

Match doesn't seem to present itself as a vegan company, so the wording all comes across as a little sci-fi to me.  Also, I am a sucker for a slick website and this is not one.  I suspect this may be because, as a vegan, I am not necessarily the company's target audience.  To be honest, if anything, the website almost scared me away entirely:


"MATCH® premium meat alternatives are the natural choice for meat lovers because they are made with a relentless commitment and passion to match the taste and texture of unprepared animal meat."

Once I ceased gagging I browsed the website for some preparation guidance.  I wasn't at all inspired or impressed by any of the recipes (note: they were not all vegan).  Further, the instructional videos made me groan.  So, I decided to wing it.

Understanding that actual sausage is nauseating on so many levels above and beyond what faux meat could ever be, Match Meats' version out of the package remains completely unappetizing.  It kind of slides out in a flat rectangle, but I took the liberty of breaking it up for your viewing pleasure.  Yes, I do believe this is what cat food looks like. 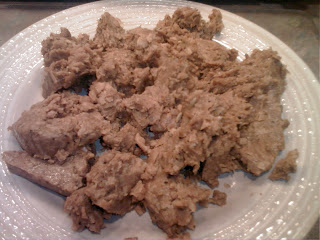 It comes seasoned, but the company suggests that you season it to taste.  There was no way I was tasting it raw, so I decided to just season it to sight.  I added olive oil, fennel, garlic, salt, telecherry pepper, parsley, and lots of crushed red pepper.  I was just guessing; I have no idea what's supposed to be in sausage!  But I did have the forethought to save an un-seasoned crumble and, after cooking and tasting both, my version was definitely an improvement (although could have been infinitely spicier). 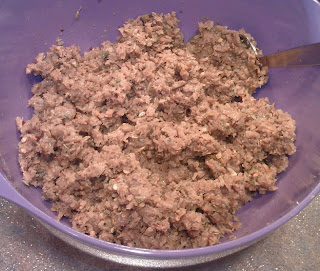 Match suggests that you form the mixture into meatballs, but that's just strange.  I may be vegan, but I know that sausages are meant to be oblong.  Behold my vegan beauties (yes, I over-fenneled).  I would have liked them longer and thinner, but this was the best I could do without them falling apart. 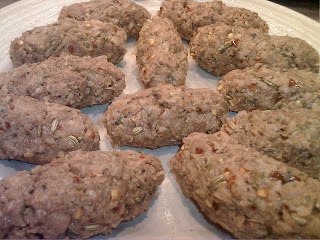 I fried them up in some olive oil 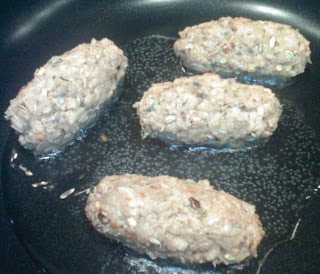 until they were good and browned.  Despite the earlier delicacy, they held their shape very well while cooking. 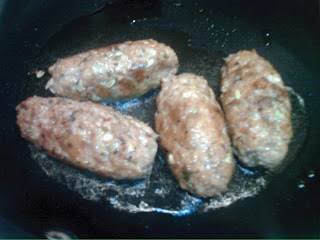 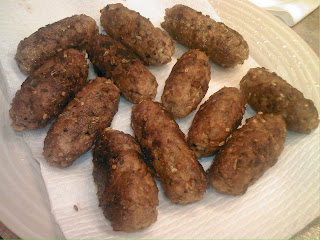 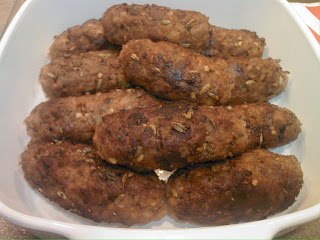 The finished product: some sausage, lots of Secret Aardvark, and even more sauteed onions. 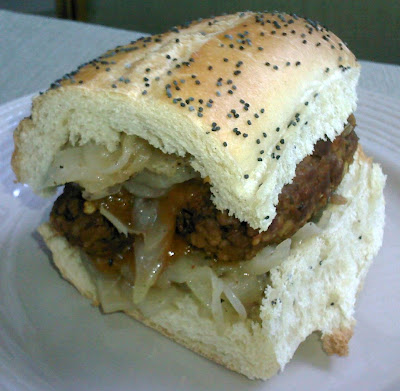 Overall, the sandwich was good.  Would I just as much have enjoyed a sandwich full of sauteed onions and hot sauce?  Yes, I probably would have; I like veggies. 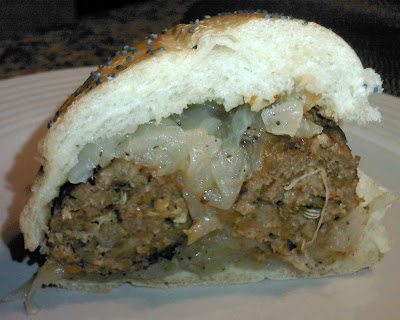 Even though I have only minimal recollection of what meat tastes like, I think the problem I have with Match is that it's, well, too "meaty"; I don't even like Boca burgers.  That being said, I think this is a great product for someone who does like meat, but is considering a more compassionate, healthy, and eco-minded lifestyle.  I would definitely add this item to my list of things to serve unsuspecting omnis; I wholeheartedly believe it would be enjoyed undetected.  Not that I did that would do that.  Much.  Ok, that's where the rest of them went.
Posted by Abby Bean at 8:40 AM