Sun-Dried Tomato Bread Fail or How I Wasted 24 Hours

I used to go to a restaurant that served an assortment of delicious breads: sun-dried tomato, olive, etc.  They were a bit stingy with the ingredients so, since purchasing the cookbook My Bread, I have been on a mission to make my own versions.  I didn't love the focaccia, but my pizza was fabulous; so, after finding a well-priced enamel-covered cast iron pot I was ready to give actual bread a try.

I started with 9 ounces of sun-dried tomatoes that I sliced into thirds and re-hydrated* by soaking in boiling water, covered, for 15 minutes, then drained for 1 hour. 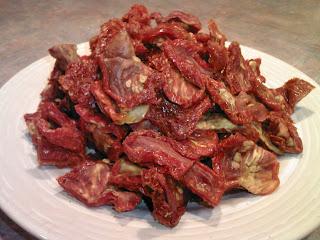 Then I followed the directions for the olive bread recipe, adding salt.  For those of you keeping time: I finished the dough prep at 9:00pm on day 1.
. 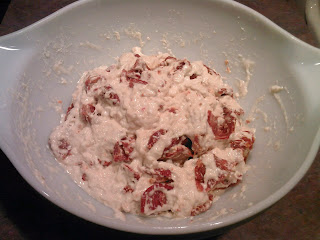 By 4:00pm the next afternoon the first rise was complete, but the dough was looking a little soupy. 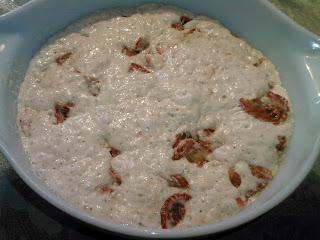 As I prepared the dough for the second rise, it remained extremely gloopy and required a lot of extra flour just to be handled. 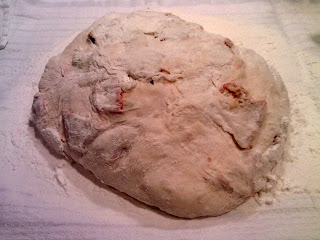 After the two hour second rise I attempted to "quickly but gently invert into the pot".  The fact that the consistency was generally runny to begin with didn't help matters of transfer, but I also managed to burn my knuckle on the scorching, pre-heated vessel: causing the dough to unceremoniously plop in lopsided.  To make matters worse, the tea towel was admittedly over-floured...thus the blizzard. 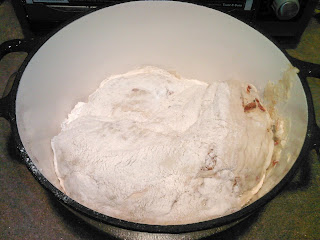 I wasn't feeling optimistic but, to my surprise, halfway through the cooking time it was looking as though it might work out after all: 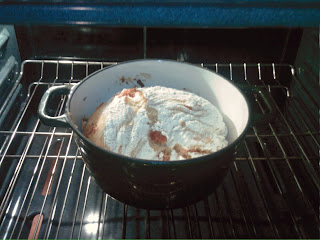 Out of the oven to cool: looking at least bread-like if not pretty. 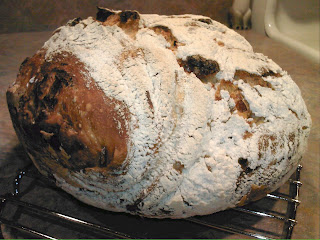 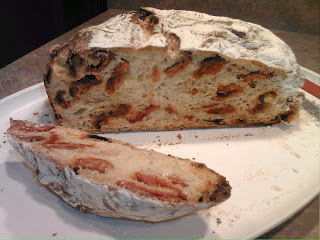 But, looks can be deceiving.  As it turned out, *I definitely shouldn't have re-hydrated the tomatoes!  The dough was completely soggy and each slice needed toasting in order to be edible :-(  FAIL!  Nothing like having to toast "freshly baked" bread. 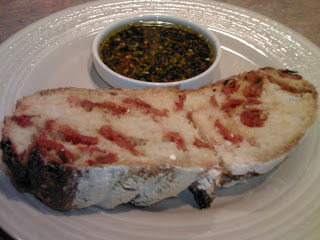 I will try again, though, because I'm sure it will be really good when I get it right.  Note to self: do not re-hydrate the tomatoes and use half the amount cut into much smaller pieces.  Or maybe just make the olive bread.
Posted by Abby Bean at 7:42 AM