As a girl straight outta Long Island, how did it take me so long to get to Three Brothers?  No matter the delay, the wait is now over and there are so many great things to report. 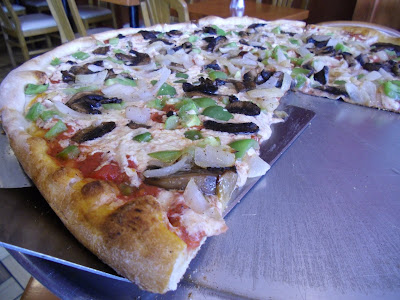 Already planning to be in the area, there was no question that we would use our plans as an excuse be arriving early enough to enjoy as much of the menu as possible.

After a brief mishap wherein I almost pulled into an alley that has yet to be confirmed as car-width, we parked in the lot behind the restaurant (entrance on Seamon Avenue, not N Long Beach Road) under this unassuming awning. 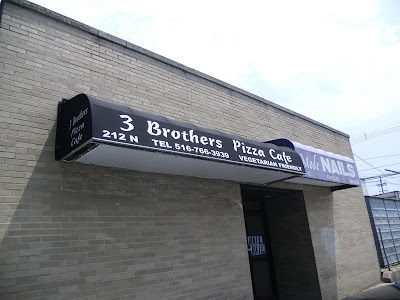 Once we got to the door we knew for sure that we were in the right place. 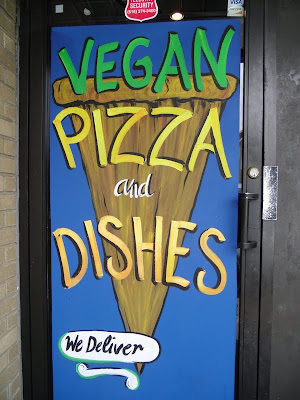 The dining room was large and spotless.  The owner, who told us he is vegetarian (Just like VM!  They bonded.) wound up being our waiter, and he was incredibly nice and exceedingly patient with my unbridled excitement throughout the meal. 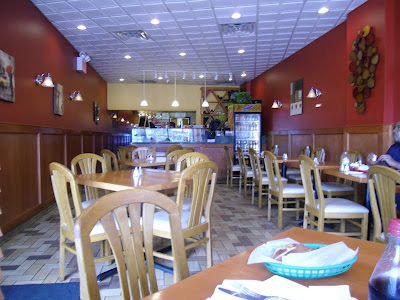 The menu!  Jay Astafa is the owner's vegan son.  Good looking out, Jay! 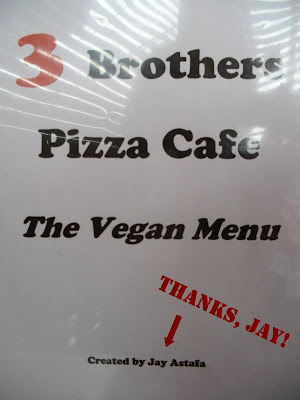 Check this out: is this a dream, or what?  Appetizers, salads, pasta, sides, entrees, pizza- ALL VEGAN.  It's like we're real.

Because we were dining in, as opposed to grabbing a slice and a soda (or beer!), we were immediately brought fresh, warm bread & vegan butter!!!  As someone who has discreetly brought their own butter to non-vegan restaurants, this is a huge deal. 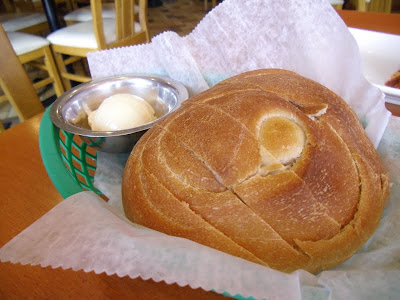 We started off with mozzarella sticks, of course.  Who wouldn't?  It's been years. 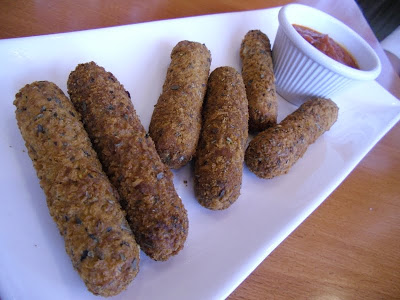 The breading was thicker than I remembered, but Daiya never disappoints; WOWZA. 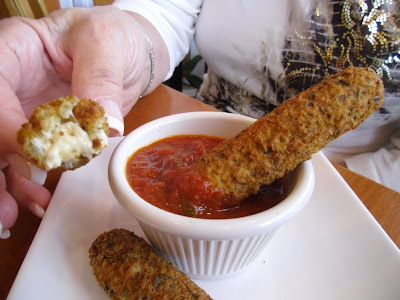 Even though Italian VM has never met a vegan ricotta she's liked, I ordered her favorite dish: eggplant rollatini.  She was bullied into tasting agreed to taste it and took a sliver.  I knew we (me, 3 Brothers, vegans in general) had her when she took a second sliver...and ultimately ate a whole one of the two rolls.  There's just no better endorsement than that! 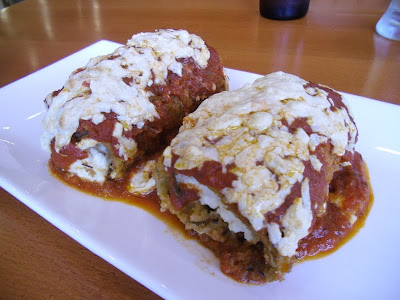 Despite all of the impressive entree offerings, our tummies were longing for some Long Island pizza.  Indulge me some pizza pin-up. 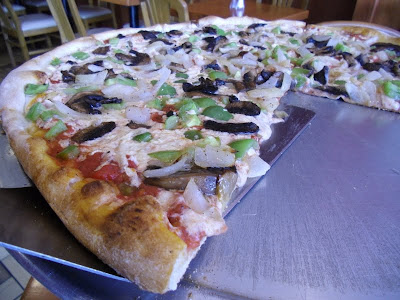 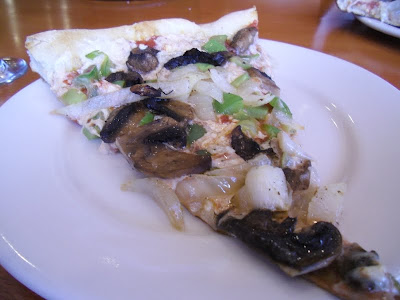 Just look at that crust!  I die. 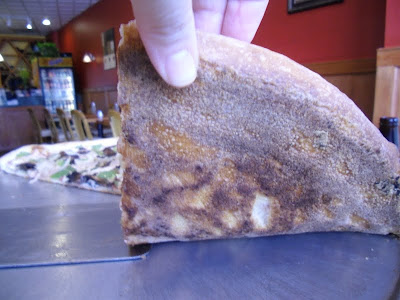 Is it just me or are condiment shakers a little gag-worthy?  Behold the cleanest red pepper shaker in all the land.  Seriously, the shine almost blinded me; I swear they completely sanitize them after each pawing. 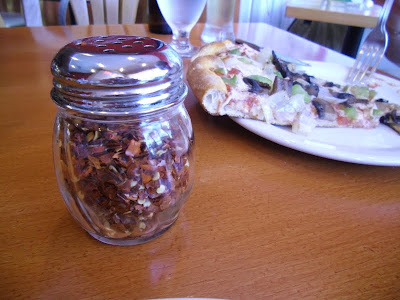 The best way to top off the meal?  Dessert offerings instantly recognizable as Vegan Treats' desserts. 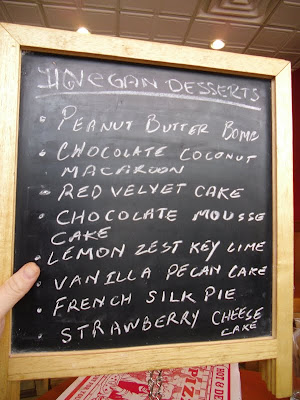 I chose the elusive Chocolate Coconut Macaroon Cake.  It was even more decadent and rich than you might imagine. 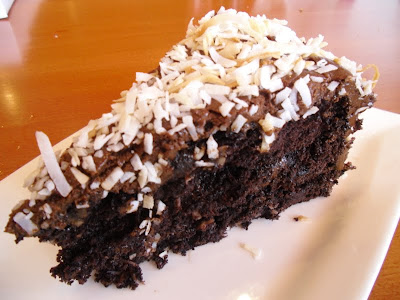 As an added bonus to the wholly spectacular meal and experience, the owner was kind enough to provide our dessert on the house.  I honestly don't think it was because he equated my incessant photographing with blogger status, I think he was just that nice.  Either that or he had a bet with himself that if I was able to polish off the whole slice he'd treat me to it.  I win again!

Before we left I couldn't help but to see what the restaurant looks like from the front entrance.  They're not veg-shy! 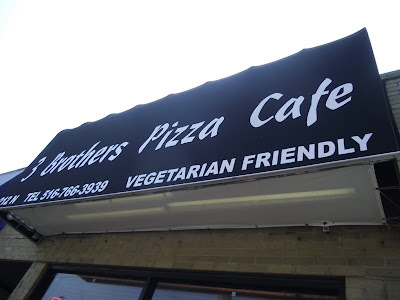 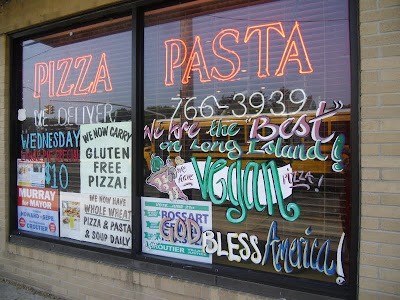 And then, the long, full walk back to the car. 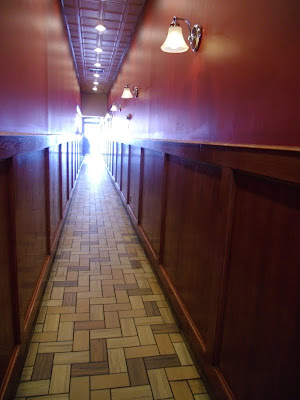 I was too embarrassed to gush before leaving (okay, I did gush a little), but that blurry figure on the right is the Jay we have to thank for creating this fantastic menu.  Jay, please don't get a restraining order. [update 7/8/11: Jay leaves a comment, Abby Bean is flattered!] 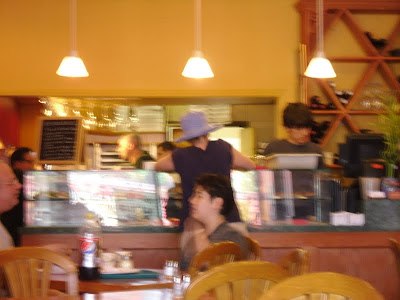 For those of you interested, I was in town to see the incomparable Sade in concert. 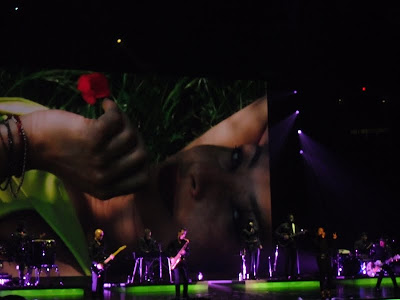 Live in New York; does it get any better? 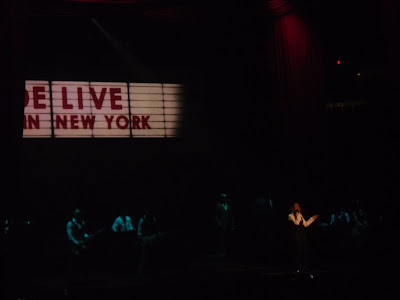 Her voice is as powerful and soulful as ever. 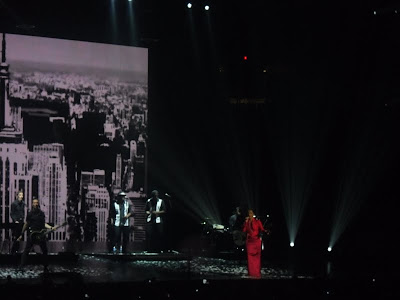 And she can rock the peek-a-boo bra with style like nobody's business. 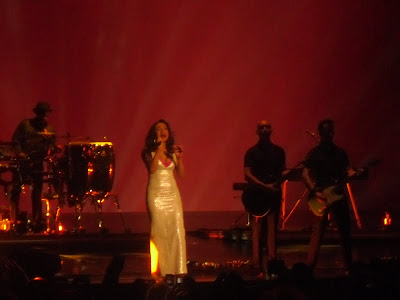 If you ever have the opportunity to catch a show on one of her elusive tours, I'd recommend that you do so; Sade and her band are truly an outstanding class act. 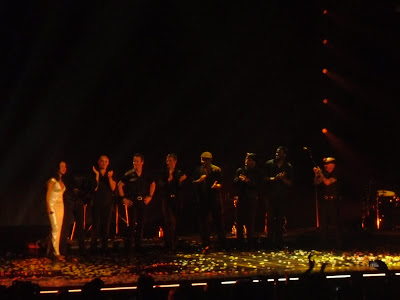 A great meal and a fabulous show with stellar company; that's how it's done.

You know what else? 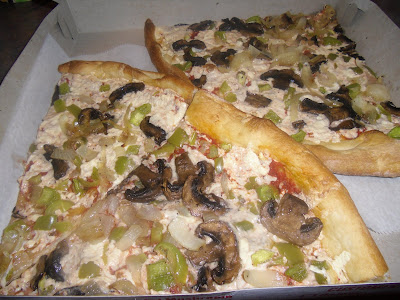