You'll remember the original fluffernutter and the after-the-fact s'mores epiphany.  Well, I could not let the matter rest.  So, dear readers, I give you the vegan fluffernutter: chocolate chip edition. 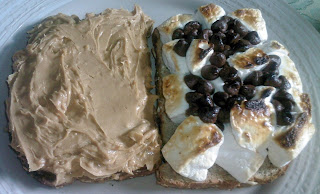 As with the original fluffernutter, this sandwich was a thing of beauty.  I used all of the same variables: Sweet & Sara marshmallows, Dave's Killer Bread, etc., with the sole addition of chocolate chips.  There was a moment when I considered that essentially eating chocolate on bread was weird, but it was fleeting. 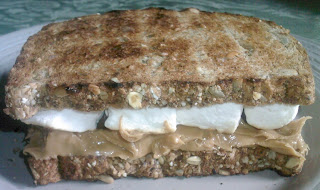 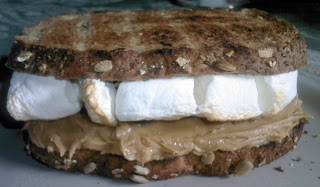 The fluffernutter itself was epic; this was on another planet.  I can't say for certain that it was better, just another level of decadence with the exponential bonus of a third, sweet layer.  Truth be told, the sandwich almost did me in, folks (who said that?).  At one point I paused to take a walk.  Granted it was just around the room, but still; I normally remain seated for my entire meal. 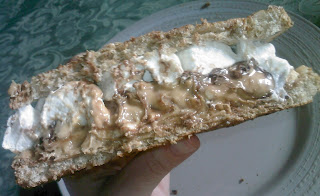 Maybe my mind will change when my entire body isn't tingling from the calorie overload, but I suggest you work your way up slowly from the classic fluffernutter to the CCE; it's not a small step.  Those chips may be small, but they are mighty powerful. 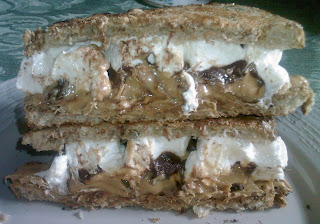