I like to cook; unfortunately, I'm not very good at it.  One: I have no intuition whatsoever, so I can't invent something off of the top of my head.  Two: I'm not diligent about following directions, mostly because I always feel the need to multiply the recipe... and math is not exactly my strong suit. 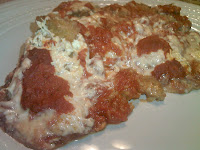 VM, on the other hand, is a very good cook (and a veritable math whiz); however, she abhors everything about it.  A few times a year she makes massive quantities of each of my favorites, but it's a gift; if left to her own free will she would never bother.  Besides being disinterested in the process of planning, shopping, preparing, and-- least of all-- cooking, she doesn't have anything written down and she's one of those people who can't even begin to tell you how she makes something.  You know, "those people" who can actually cook off the top of their head.

Today was one of those occasions where I pinned her down to create one of her specialties and stood nearby with a pencil and eraser to record her measurements and actions.  The dish?  Daiya Eggplant Daiya Parmigiana.  With Daiya.  Since the secrets of the recipe have just been made available to me, I can't exactly share it with you right now.  But, I'll give you some helpful hints.

All you need to get the breadcrumbs to stick to the eggplant slices is the old tried & true cornstarch/water mixture to mimic eggs. 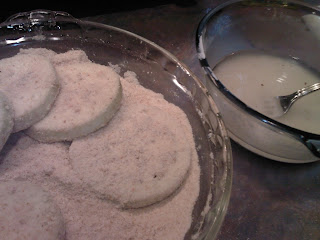 No secret here; fry 'em up until they are good and browned. 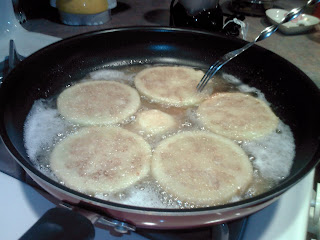 Resist eating them like an appetizer because they will be so much better smothered in cheese and sauce. 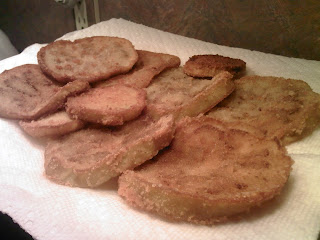 Start with a layer of VM's super secret, homemade, best-in-the-world, spicy, marinara (or, you know, yours), then add eggplant, cheese*; repeat. 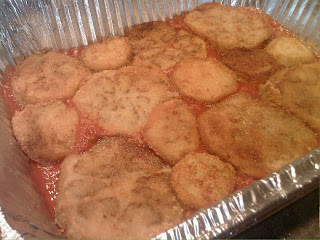 *Do not allow cheese fanatics near your cooking.  VM's one misstep was allowing me to be in charge of the cheese layers.  Does this look like a lot of cheese to you?  It looked fine to me, if not a little restrained.  There is no such thing as too much cheese in my book. 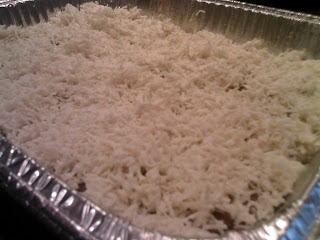 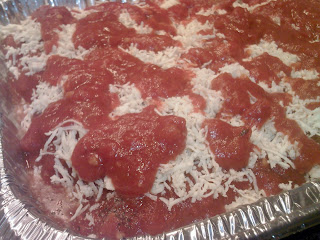 Admire some more as it goes into the oven. 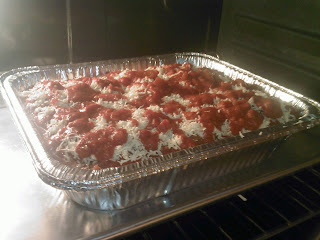 Behold the magical results after 75 minutes at 350 degrees. 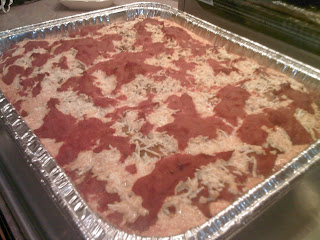 Get it into your belly. 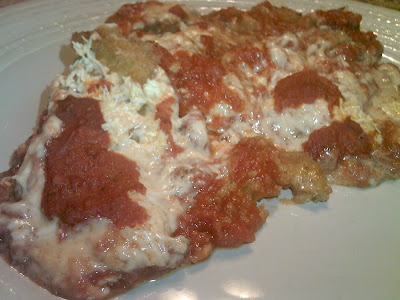 Ok, I will admit that I may have slightly over-cheesed, but it was still a phenomenal meal.  Leftovers, however, had to be eaten over pasta because the incredible cheesiness ultimately turned the parmigiana into more of a creamy sauce with eggplant chunks.  As a matter of fact, it tasted surprisingly similar to penne vodka.  It's all good! 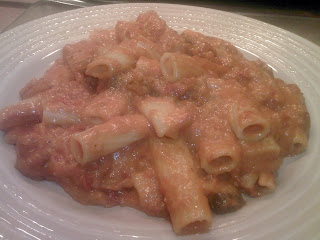 VM says she must now redeem herself by making another batch of eggplant parmigiana without permitting outside sources (that would be me) from affecting her cheese measurements.  More eggplant parmigiana?  Darn.
Posted by Abby Bean at 8:14 AM