I love chocolate and I love contests; when you put them together, it's win, win!  Well okay, not always; but this time it was.  Gone Pie bakery recently held a giveaway for Sweet Earth Chocolates, a company that they've concluded to be the best and most ethical option available (which is saying an awful lot, coming from GP); I was one* of the lucky winners.  Read all about the company and, while you're there, thank Gone Pie for always going the extra mile. 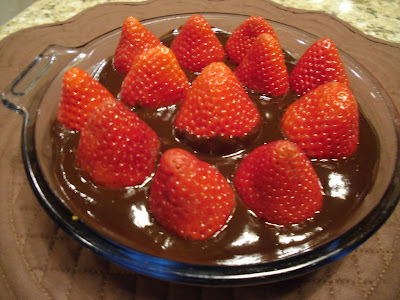 A pound of Sweet Earth chocolate chips arrived in the blink of an eye and even though I wanted to eat them straight out of the package, I knew I had to do something pretty special with the fine morsels. 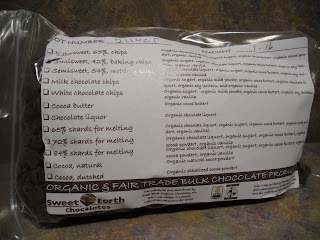 I didn't want to hide them in a recipe as just another ingredient, so, in order to showcase them, I decided to first go classic: turning to VCIYCJ chocolate chip cookies (p.35-36).  I've never made these before, but my friend made them for me once and they were chocolate chip cookie perfection.

I always manage to eat a few chips while I'm baking, It wouldn't have been very responsible of me to have embarked upon the recipe without first testing the most important ingredient, so I gave the chips the "plain test".  Not overly sweet, they were also less dark/bitter than I expected.  I had an idea that the resulting baked goods were going to be a hit with both dark and milk chocolate lovers, striking a respectable balance between the two.

The cookies themselves didn't turn out exactly as I'd expected (I blame the baker), but the chips were great- holding their chippy shape within the cookie until you'd pick one up and be pleasantly surprised by the meltiness. 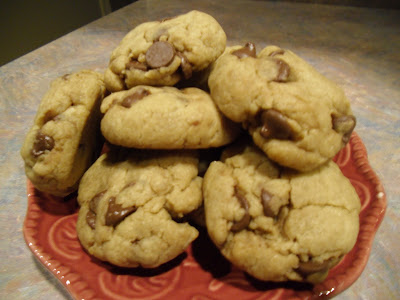 They even retained the appealing, slight meltiness of just-baked cookies long after they'd cooled.  And, as suspected, both the dark and milk chocolate fans on the esteemed tasting panel enjoyed (admittedly the chips more than the cookies). 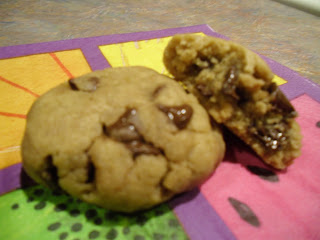 Impressed, I decided to make something else.  I delved into my newest cookbook, Vegan Diner, which was heartwarmingly gifted to me as a housewarming gift even though the extensive renovations rage on.  Strawberry double chocolate pie (p.140-141) instantly caught my eye. 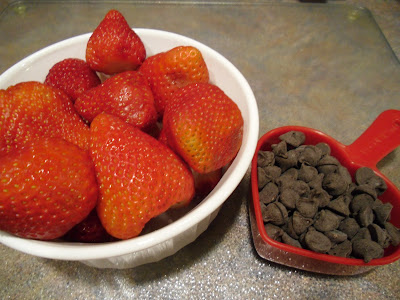 The recipe calls for sandwich cookies for the pie crust, but I didn't have any in the house.  I had to wing it with animal crackers instead. 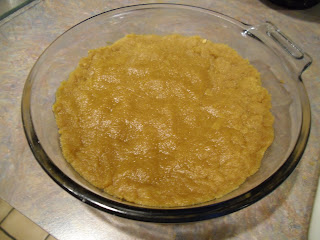 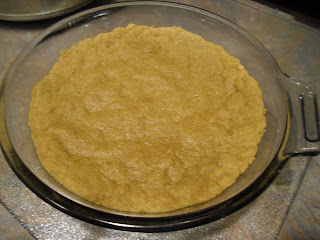 When it was time to prepare the chocolate layer, I fearlessy forged ahead with the new chips and they melted beautifully.  I admit that I tend to get a little impatient when melted chocolate is involved, but these were foolproof.  It was absolutely necessary to lick the used utensils before washing, and the melted chocolate did not disappoint.  As great as the chips held up in the cookies, their beautiful melting capability was even more impressive. 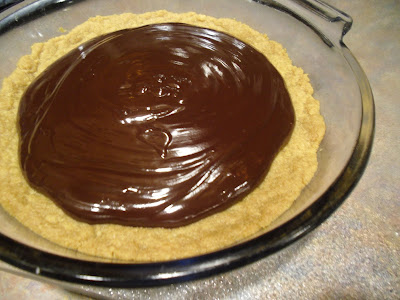 I almost hated to cover it up with the strawberries, but that was kind of the point of the recipe. 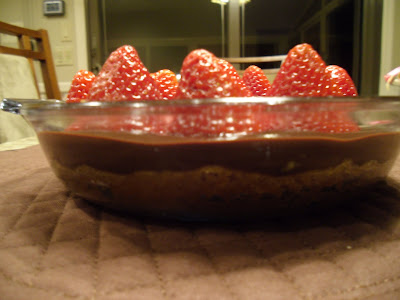 I did have to let the pie cool in the fridge twice as long as the recipe called for, but it was worth the wait; it was stupendous!  I normally eschew fruit in dessert, but this is pretty much candy: the pie version of a chocolate-covered strawberry, with the added bonus of crust.  And as for the crust, the animal crackers made a wonderful one; I've already noted the substitution in my cookbook. 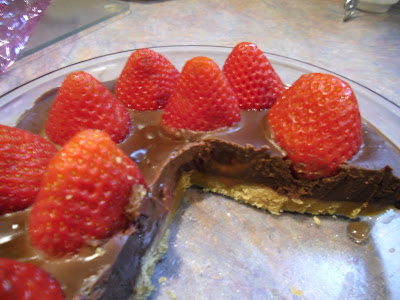 I haven't exactly figured out the most dignified way to serve or eat a slice of cake haphazardly topped with whole strawberries, but there is no other way to make it; it's just too impressive looking this way. 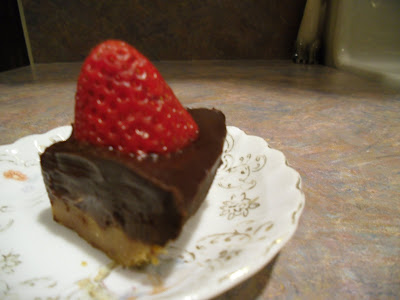 I highly recommend both Vegan Diner and Sweet Earth Chocolates.  Thanks so much to My Vegan Gut for the gift of the book and to Gone Pie Bakery for the introduction to the chips and for making it easier to make informed, compassionate choices.

* [added 6/13] Another winner, Vegan Activist blog, has a great post on the ethics of fair trade and how it particularly resonates with veganism.
Posted by Abby Bean at 8:55 PM