It's no secret: I love Lula's Sweet Apothecary.  It's my go-to place for all things ice cream!  And more... 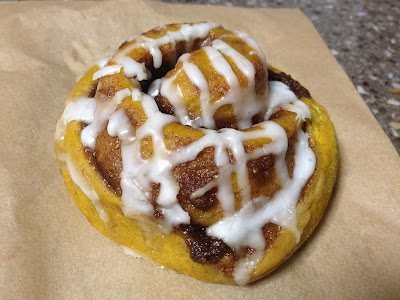 While I'll never go to Lula's and not get ice cream (ok, once...but technically I did leave with ice cream), 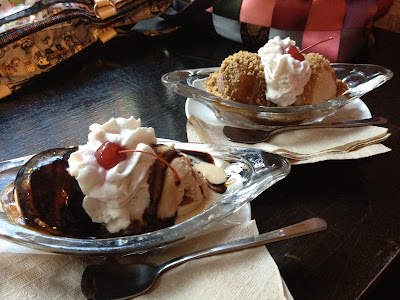 it's great that there are so many other goodies to be had there- whether you enjoy them right away, or take them home.

On my most recent visit, though; there was a new sweet in town: cinnamon buns by Cake Thieves. 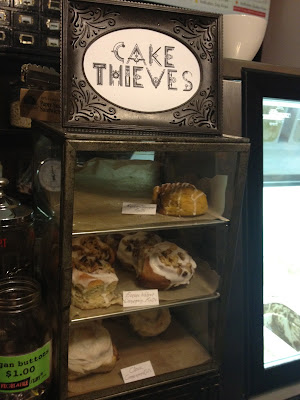 At first I was going to resist, since I was a tad preoccupied.

But even after a luscious sundae I knew I had to bring one of those fresh, gooey, pumpkin cinnamon rolls home with me...and so too did my friend.  She ate hers first and the report was excellent.  As soon as I tasted mine and we conferred, it was agreed that we both needed more immediately.  Run, do not walk to get your very own cinnamon bun (the variations on that day were pumpkin, banana walnut, and classic); if we get there at the same time I will not hesitate to push you out of the way to get the last one! 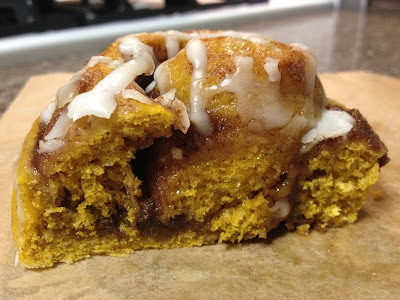 Lest we forget the fine establishment that offered this awesome bun, 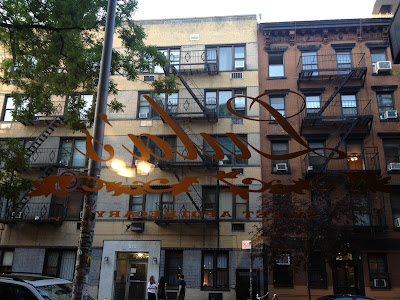 VM's:
﻿
If you've never been to Lula's, you don't know what you're missing.  Well, I guess maybe now you do.