You may not know this, but I don't always blog in the exact order in which events occur. There are all kinds of factors that affect what gets blogged at what time; sometimes posts are way overdue!  But today I've decided to push the venerable Cinnamon Snail up in queue because they had a crappy week and could really use some love right now: this is the best way I know to show it, but you can also vote for them to be the 2013 Vegetarian/Vegan food truck of the year. 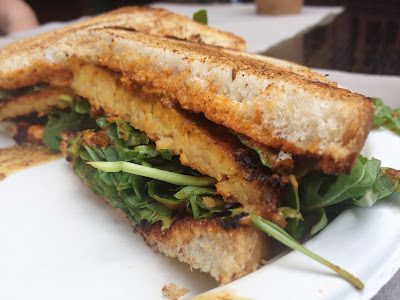 This past weekend, the Bean gals took a ride south to visit the Red Bank Farmer's Market and, of course, The Cinnamon Snail.  It's one of our favorite ways to spend a Sunday. 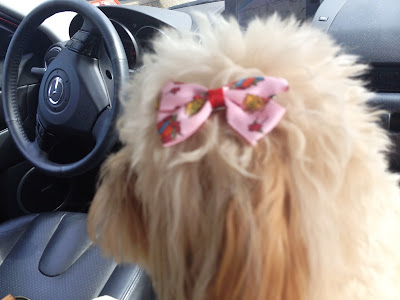 VM ordered the, um, how do I say this?  She ordered the basil pesto grilled tofu with white truffle cashew cheese, kalamata olive tapenade, arugula, and caramelized onions on garlic grilled baguette...WITHOUT THE TOFU!  What can I tell you; she maintains that she doesn't like tofu (only if it's very "well-done"), tempeh (only if it's crispy or crumbled), or seitan (I'll give her on that one; it's generally too "meaty" for both of us).  So, she had all of the divine accoutrements and instead of the, you know, base of the sandwich, she subbed greens.  She loved it. 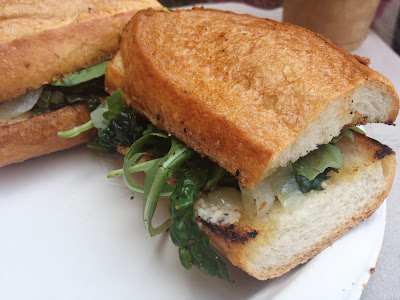 I couldn't wait to get my hands on another Thai BBQ tempeh sandwich with pickled onions and Thai basil, arugula, smoked chili roasted peanuts, and sriracha mayo on grilled spelt bread on gluten-free bread (because it's that good).  I got VM to taste it this time and she really liked it, although her spice receptors are disappointing of late and she's convinced  that she couldn't order it- due to the heat level, not the tempeh.  Wuss.  I learned my spice love from her and now she's regressing! 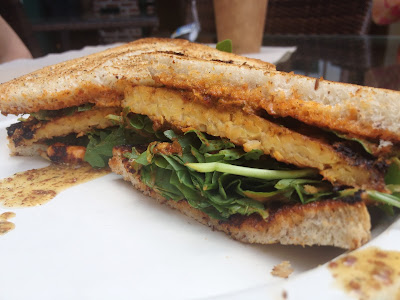 As for 89, she ate some arugula that slipped out of my sammie undressed.  She said it was the best arugula she's ever had ;-) 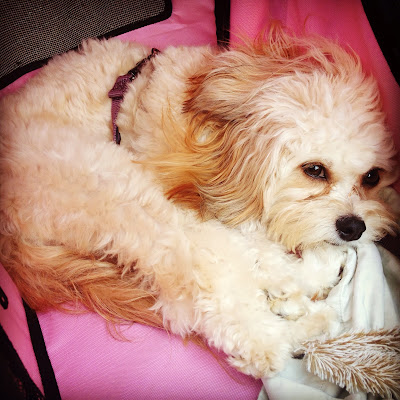 Because we've each been doing our own weekday healthy thing, we reduced the amount of donuts we took home.  Baby steps, people!

Here's a brown sugar beer-glazed donut palling out, as it so often does, with an apple-cider donut.  (My sincerest of apologies to Idil, who thankfully gave me the brown sugar beer donut I wanted, instead of the coffee ice cream donut I inexplicably kept saying I wanted; she was right and I was wrong and she handled it like a pro...not to mention she also makes a mean star anise-spiced coconut milk iced coffee). 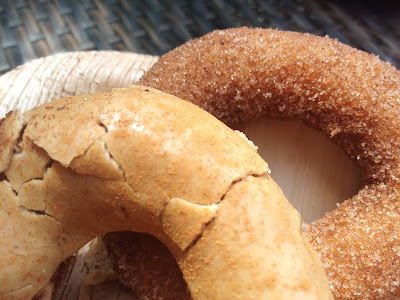 And, a caramel apple crumb donut (it continues to defy all logic that I like anything with apple, but I can't help it): 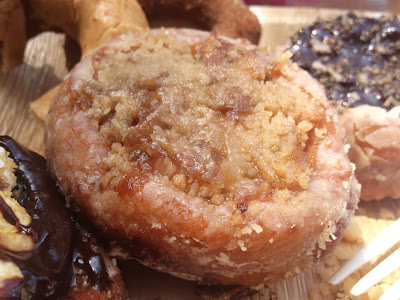 It was really hot out, so some of the donuts got a little melty.  Note to self: this is an excellent temperature at which to enjoy donuts!

For example, the s'mores donut (made with Sweet & Sara marshmallows!): isn't it the very nature of a s'mores donut to be enjoyed at least partially gooey?  We say yes. 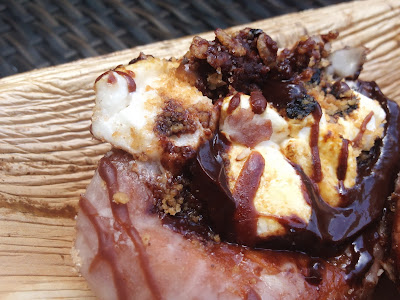 And the caramel pecan turtle bar (shortbread crust!!): I've been waiting to get my hands on this monster for a long time and it went far and beyond my caramel-y expectations! 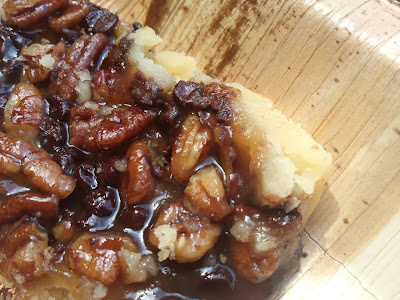 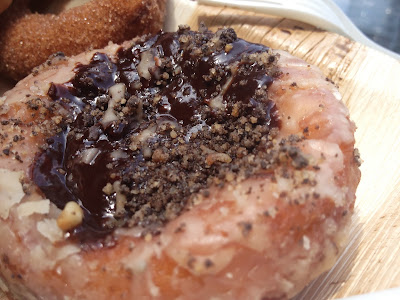 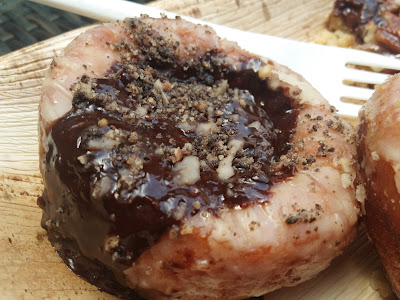 Those who can't eat chocolate: 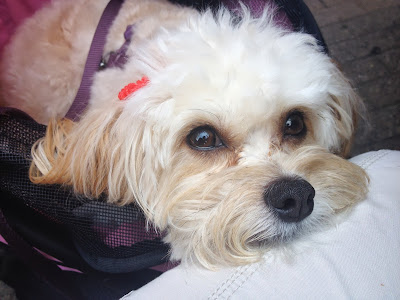 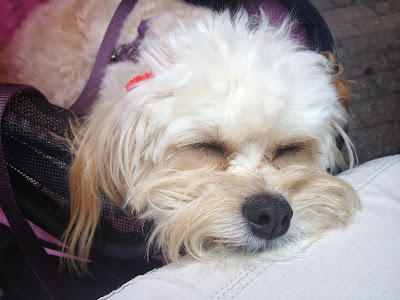 You cannot IMAGINE how ridonkulous this donut is.  As much as I love all Snail food and baked goods, this one really took me by surprise: creamy chocolate, crunchy hazelnuts, and all kinds of magic I can't even wrap my head around; this is a new favorite.  Thanks for out-doing yourself, Mrs. Snaily!


We love the Cinnamon Snail.  Owners and staff are the greatest, and the food never ceases to amaze.  They work incredibly hard to spread love; light; and gourmet, organic, vegan food to the masses, all the while making sure that each and every customer has a special day because the Snail was involved.

So obviously I am a humongous Snail fan.  See me here sporting my newest Snail shirt, which is available on Etsy along with some other great items and designs.  You know, so you can be cool like me. 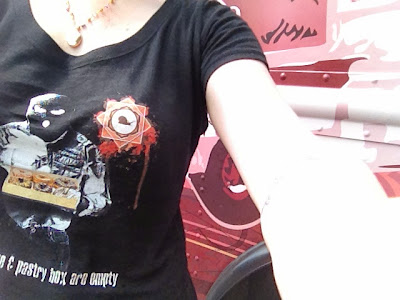 Aaand, this is an outtake of me thinking I got a sweet double-Snail shot on the first try, only to realize I was disoriented by the sun and that it was, in fact, the Freezy Freeze truck behind me. 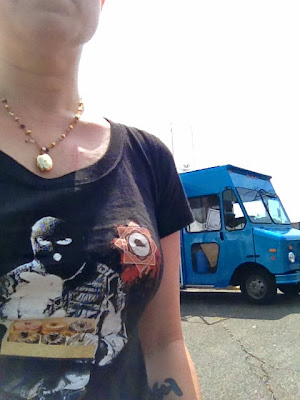 Sigh; they can't all be winners.

But you know who is?  Chef Adam.  In case you missed it, check out the story of Snail meets Radish.  And keep in mind that this was after he'd already had a crummy week.  Viva la Cinnamon Snail.
Posted by Abby Bean at 8:44 AM