I know falafel is generally vegan by default, but how exciting is it to find this at Costco?  Look how big the word "Vegan" is!  (The company, Meal Mart, has a line of vegan items in addition to their non-vegan offerings.)  You have the option of baking the pre-cooked falafel balls in the oven or frying them on the stovetop; I chose the less messy, healthier, and significantly easier baking method. 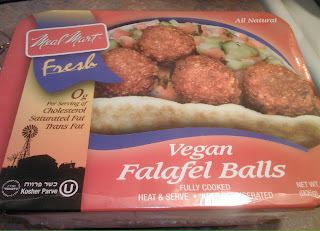 I wanted to make an epic sandwich, so in addition to slicing* the onions & tomatoes, shredding the lettuce, splitting the pita, and grabbing the hot sauce, I decided to make my own tahini sauce! 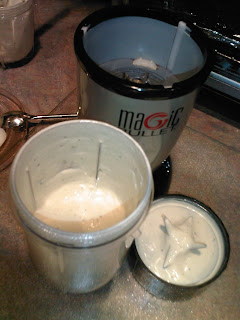 I added 1 tbsp of evoo and 1 tbsp of water to thin it out a bit, and the finished recipe made enough to generously douse three giant sandwiches. 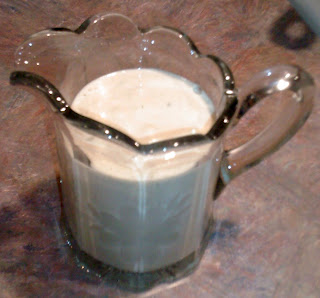 And then it was time for the assembly.  Oooh: 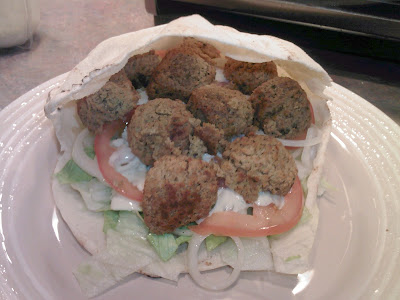 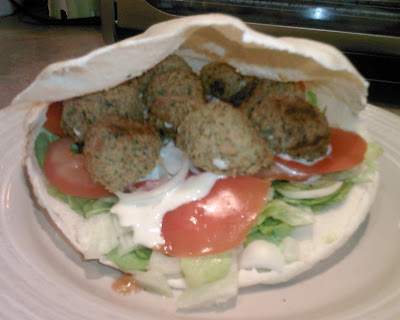 Although it seems unnecessarily time consuming to make something at home that you can buy for a couple of dollars on the street, there was immeasurable satisfaction in the fresh, non-greasy, "home"made version you see here.  And, no deep-fried stomach-ache either.  Highly recommend!

* Be very careful when using a mandoline; the safety guard can slip!
Posted by Abby Bean at 7:18 PM