Headed into Paramus for a day of bargain shopping, we decided to detour slightly in order to visit the vegan-friendly Rutherford Pancake House.  The rumors were true; it gives off a homey, diner vibe, and the menu is sprinkled throughout with bonafide vegan offerings of every ilk (the offerings have been expanded beyond what is listed online).  It was my duty to While I really expected to appropriately order the pancakes with chocolate chips and toasted coconut thankyouverymuch, at the last minute I switched things up and went for the Vegan Popeye: a tofu scrambler bursting with spinach, avocado, mushrooms...and the Daiya I requested.


The presentation and quality of the food I was served was really surprising given the totally casual vibe of the restaurant.  My scramble was light on softly prepared tofu, stuffed with shockingly fresh veggies (spinach & mushrooms), loaded up with Daiya, and generously topped with picture-perfect avocado slices.  The accompanying roasted potatoes were deliciously seasoned and the two slices of toast were hearty, filled with seeds, and served with both jelly and vegan butter.  I also splurged for the fresh-squeezed o.j. and it was divine. 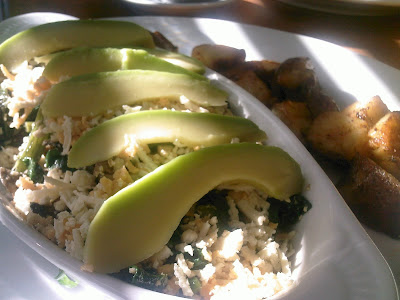 VM went with her usual black coffee and chose the decidedly un-vegan challah French toast.  It looked great and she loved it; as an added bonus, the thick slices were actually french toasted all the way through- unlike some places...okay, most places.   But it wasn't vegan so who really cares? 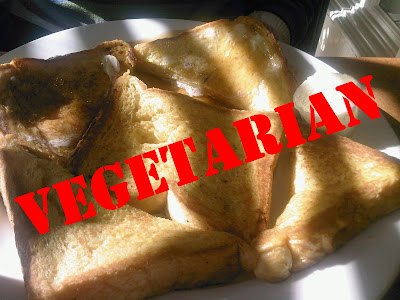 Our waitress was friendly, bubbly, conscientious, and a total asset to the establishment.  The meals were extremely fairly priced and high quality.  We would not hesitate to return (pancakes, I'm coming for ya), and wish there were more like-minded establishments in New Jersey to follow their lead.  The RPH has consistently increased their vegan offerings in line with the demand, so why aren't other restaurants taking the cue?  I know there are hungry vegans all over the Garden State! 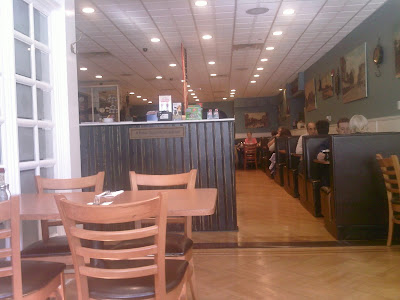 One thing we would suggest, though, is for the RPH to start carrying diner-y baked goods at the counter.  Specifically, I'd like to see some Sweet Avenue cookies and muffins available.  After all, they are just right down the street...
Posted by Abby Bean at 10:57 PM