Recently, thanks to a head's up from Gone Pie, I had the opportunity to attend Integral Yoga's Day For Your Health Street Fair.  I know what you're thinking.  Yoga?  Health?  Well, yes & yes.  But for me, the draw was vegan goodies galore. 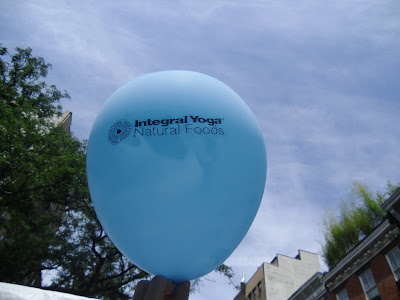 The day was warmer than I expected, but when I arrived just a few minutes in, the tented booths were all set and Integral Yoga's customers were already amassing.  Approaching from 7th Avenue, I came upon the Gone Pie table first: a vegan oasis in the middle of 13th Street. 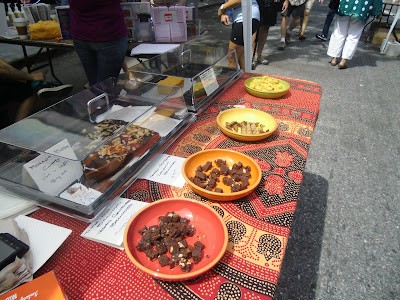 Integral Yoga always carries an assortment of Gone Pie creations, but on this day there were even more offered outside- with sample tastes in quantities beyond generous. 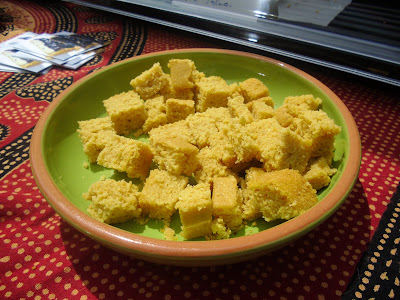 For starters, there was sweet potato cornbread.  Now you know I love chocolate (and there was plenty to be had in the Gone Pie booth), but this cornbread was incredible.  I am the first to admit that I enjoy low-brow cornbread; this was the opposite.  Just sweet enough, moist, light, dare-I-say fluffy; it was a cornbread cake if ever I had one. 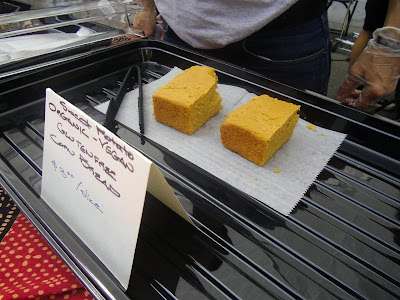 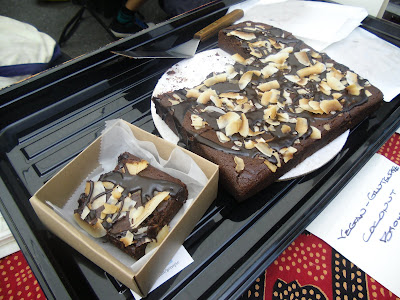 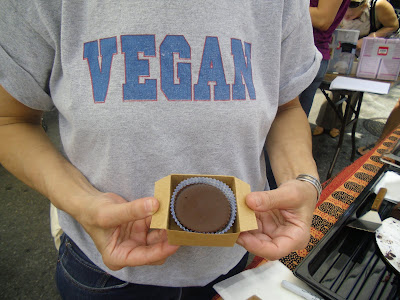 Oh, and one more thing about Gone-Pie's offerings.  All of the above were gluten-free, but you'd never know it by taste.  This made a lot of people happy. 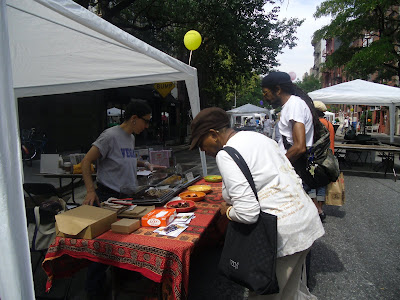 Friends of Animals was there too, fittingly beside.  You might remember their recent victory, convincing American Girl Place to discontinue their association with horse-drawn carriage rides and, in the process, educating customers about the cruelty.  Their table was extremely busy, with lots of folks drawn to their "Save an animal, eat a vegetable" shirts and hats. 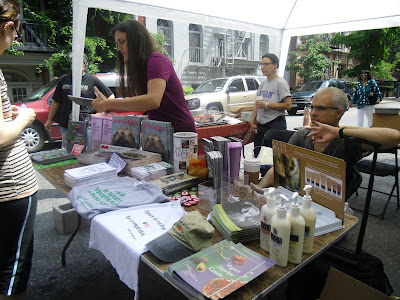 As befitting a "For Your Health" fair, many of the booths were vegan.

I finally got to check out Vegan Divas (warning: extremely creepy music on their website).  They weren't sampling anything (boo), but since I don't see their products around too often I decided to buy a couple of items and give them a try. 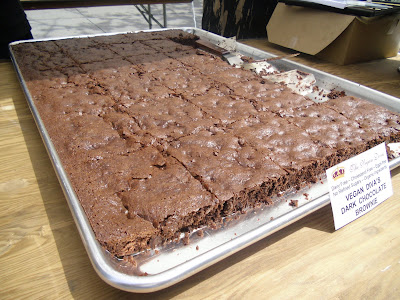 The cinnamon sugar donut may have been baked, but it was positively oozing (coconut?) oil.  The taste was nice, but the unexpected oiliness completely overwhelmed the pleasant, cake-y bite of the cinnamon sugar cake. 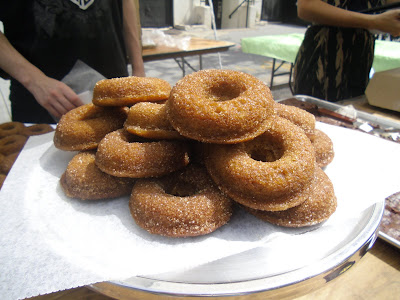 Even more surprisingly disappointing, the peanut butter chocolate chip cookie: not my cup of tea at all.  It was of decent size, but when four very different people taste the same cookie and there is still some left, you can't say it's good.  Most obviously, it was over-cooked.  Other than that, it was just not tasty; not even the chocolate chips could save it.  If you've had a better experience with their products, I'd love to hear about it. 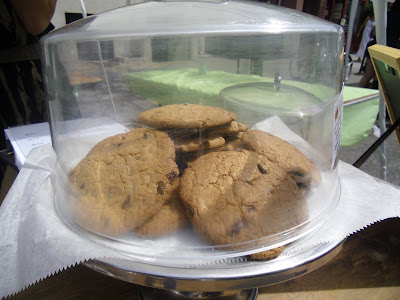 I was happy to discover a new-to-me company, Tierra Farm nuts.  They have all kinds of organic products available; I particularly recommend the dry-roasted curry cashews: no oil! 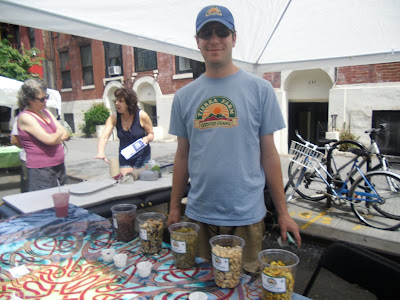 In true street fair fashion, I even had the opportunity to have my face painted with a fitting lotus flower.  Hours later, someone asked me if it was a real tattoo.  Really.  On my face.

And, when I returned from where I'd begun, V-Spot had set up shop and were already dishing out empanadas and curried quinoa to eager fair attendees. 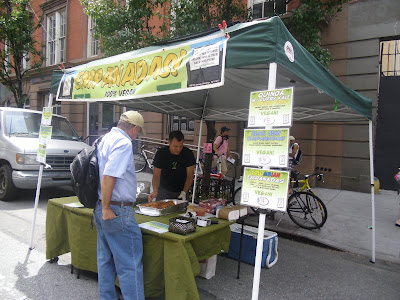 It was really nice to visit a health event that not only acknowledged, but promoted a vegan diet.  Check out Integral Yoga for terrific vegan products all the time, and keep an eye out for the next, fun, fair.  See you there.
Posted by Abby Bean at 9:03 PM