Phew! Life After MoFo: Starts With Nacheez, Ends With Pie, With a Little Salad Thrown In.

Well there were an awful lot of things going on in October: embarking upon my first Vegan MoFo, begrudgingly suffering through "the cleanse", concluding the major renovations on my "new" house...  So, for the month of November I'm going to revert back to my normal blogging schedule, which is ~ 2 posts/week.  Stay tuned for more scathing reviews, fumbled recipe attempts, and vegan miscellany- just not every day and definitely not having anything to do with green juice. 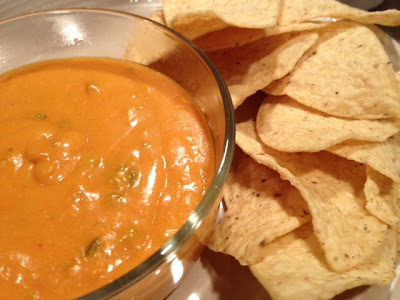 What effect has the last month had on my future blogging?  Well, I hope to increase the proportion of healthy eats to not-so-healthy eats, as well as to make the preparations to finally move.  I suppose that, combined,  it's a good opportunity to stock my new pantry differently. 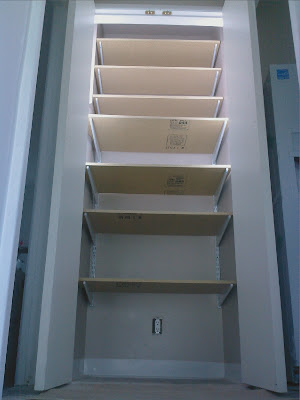 Until then, let's discuss Nacheez.  Shortly after the Vegan Queso Taste-Off, which pitted Nacho Mom's against Food For Lovers, Nacheez came on my radar.  I recently ordered a jar and quickly got to testing. The color was a little unsettling before heating, but what nacho cheese isn't? 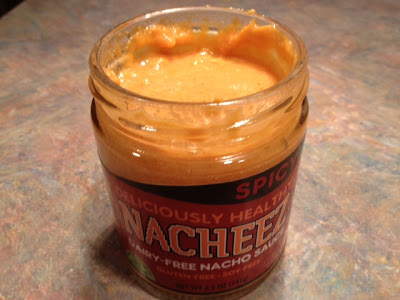 Of course I ordered the spicy variety, in the hopes that it would replicate Chi-Chi's queso of days gone by. With only the addition of chips and a bowl (napkin optional), I regretfully didn't find it spicy in the least.  The other two members of the esteemed tasting panel, however, were heard to exchange, "Is something spicy?," so maybe I just have taste buds of steel. 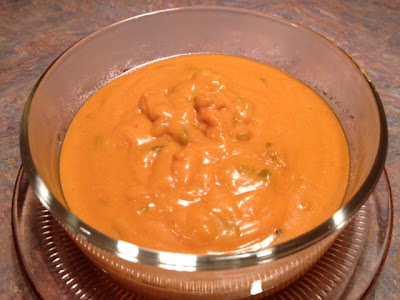 It had a very nice and creamy texture, heated easily and evenly, and didn't congeal as it cooled.  The taste was pleasant, but I realized too late that it would have been much better on cheesy fries than nachos.  As for the award for best overall queso?  The winner is... the vegan community at large who now have three brands of mainstream cheese sauce to choose from!  Sheesh, remember when "vegan cheese" was something to laugh at?

Lest you think my house consists of nothing but cheese, behold the salads I've prepared for the rest of the week's lunches: romaine, cauliflower, carrots, and tomatoes. 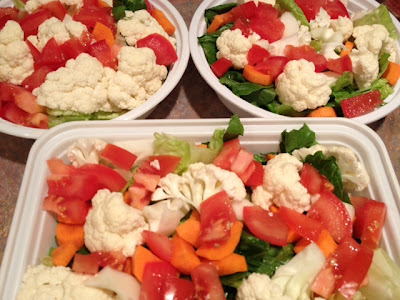 And, finally, look what (finally) came in the mail: 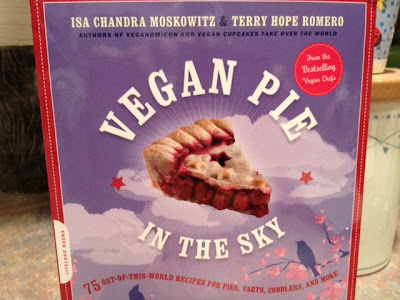 Pie in the sky?  Pie in my future.  It's a little fruit heavy, but I think I can work around that.
Posted by Abby Bean at 6:39 AM