Enough with the buildup; let the cleansing commence...with a surprise! 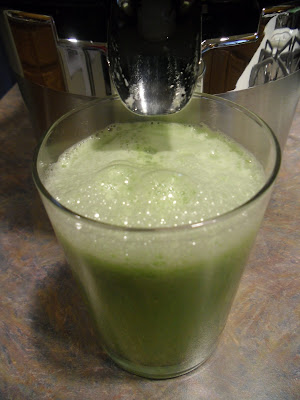 Yesterday was my first day of the cleanse.  Despite my best intentions, I didn't get to bed until after midnight the previous day, probably because my subconscious kept visualizing the "11:59:59" a great and supportive friend was texting/emailing/messaging me for motivation.  Thankfully, I had the day off from work so I was able to sleep in.

For some inexplicable reason, I woke up extremely full.  I started the day with warm water, a squeeze of lemon, and a pinch of cayenne.  It wasn't tea, but it wasn't horrible.  That first hit of cayenne at the back of your throat really wakes you up! 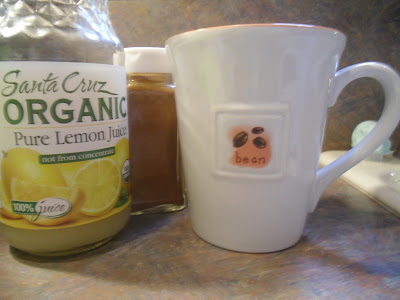 Next up, the cornerstone of the cleanse: green juice.  I don't know anything about green juice and/or green smoothies; I've never had either. Drinking green was going to be hard enough without having to stomach anything thick or lumpy; I don't even like orange juice with pulp.

Surprise!  OD bought me a juicer! Granted, it may have occurred as a result of my having said, "Can you please go to this store and pick up this juicer for me?", but I figure that his compliance means it's a gift.  Yay for gifted juicers! 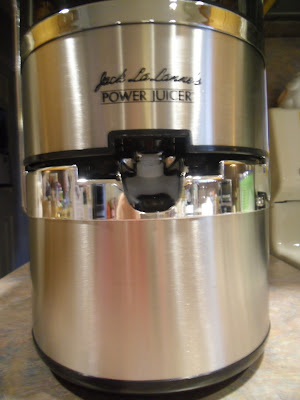 Since the whole point behind juicing is to drink it fresh, this will normally mean getting up early.  I am not a morning person to begin with- no matter what time the morning begins.  So imagine me starting the day faced with this. 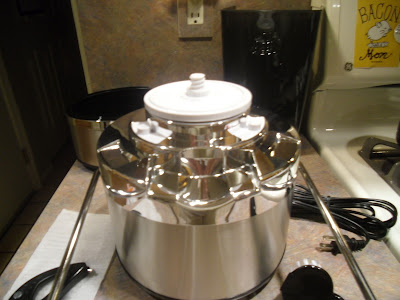 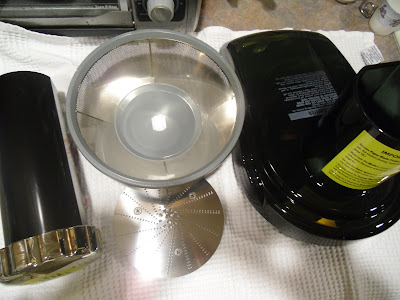 While trying to decipher this- bleary eyed and nursing a sugar coma: 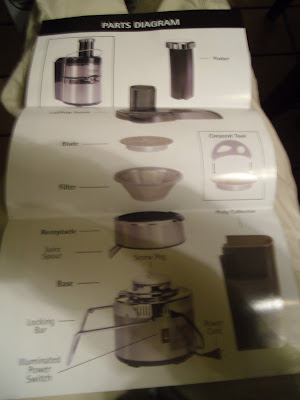 After much dis-assembly, cleaning, assembly, and reading of the instruction manual, I decided I'd have the best luck if I started my foray into fresh, green juice by easing into the ingredients, as suggested in Crazy Sexy Diet.  I was going to just start with some cucumber, but that seemed wussy- no?  So I added celery.  And then...an apple.  Ok, a quarter of an apple, but the extremely gross, green kind, so extra credit for me! 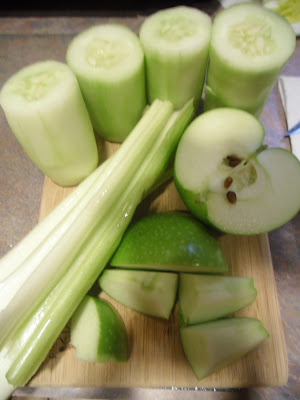 The juicer was very easy to operate and I estimate that 2 small cukes, 4 skinny stalks of celery, and 1/4 apple equated to roughly 14 ounces of juice.  It was clear, smooth, and only minorly frothy.  The taste was equivalent to the ingredient proportion and surprisingly refreshing, although I did add a few ice cubes to chill it a bit.  I'm not sure whether that matters or not, but I did have the good sense not to listen to VM when she suggested a splash or more of vodka. 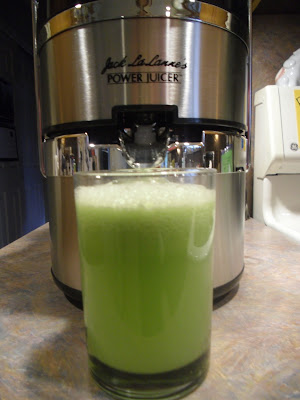 In the interest of time management, I drank my green juice while cleaning the juicer.  It's not difficult, just a nuisance- made only more ridiculous because I'm doing it daily for one glass of juice!  But, as it turns out, VM was always right- you have to drink it fresh and quick before the vitamins run out.  Of course when she said it she was referring to orange juice from a carton, but...she was still right.

I had prepared a kale salad the night before with the intention of having it for lunch.  But seeing as I was off from work and running at a much slower pace, I didn't wind up drinking my green juice until almost noon.  That coupled with the fact that I was a bit nauseous for a couple of hours afterward left me not feeling at all hungry for lunch.  I will also note that I had a terrible headache for about the same amount of time, and was absolutely exhausted.  My guess is that this was due to the drastic change in eating habits from one day to the next?

At about four I got a second wind and the nausea and headache dissipated.  I began the arduous task of preparing dinner- so much washing and chopping and preparing for someone who is an unapologetic fan of canned soup.  Let's face it, convenience food does have that going for it.  I snacked on a couple of pistachios (green!) while I prepared.

The cleanse operates on a reasonable ratio of raw to cooked food (on both your lunch and dinner plates).  I decided to make a mixed greens salad with tomato, white beans, and- I admit it- some leftover iceberg lettuce that was hanging around the fridge.  I topped it with carrot miso dressing (CSD p. 210). 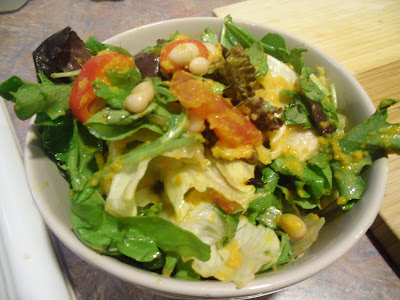 I would like to brag point out that even though the dressing recipe specifically called for a Vita-Mix, my trusty Magic Bullet handled it with ease!

Then I lightly sauteed fresh peppers, onions, and string beans with hemp oil, Bragg's, garlic, and lots of freshly ground black pepper.  I served with a small amount of Trader Joe's brown rice medley (long grain brown rice, black barley, daikon radish seeds).  The veggies were much more flavorful than I would have expected with such minimal spice and the rice was extremely tasty (although some hot sauce wouldn't have hurt).  I probably could have gone a little heavier on the raw side to cooked, but hey- no sugar or salty snacks today! 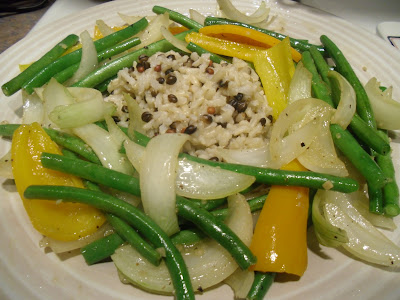 Even though I'm only at the beginning I have a feeling that this extended cleanse is intended to program your body/mind with new habits.  While I'm just getting used to the green juice/smoothies that I have managed to avoid up until this point, I would agree that, ideally, these are habits that should be intrinsic to living as a healthy vegan.  Unfortunately, they have been trumped by the gads of convenience and snack (vs. whole) foods many of us have grown to rely upon.  I can't see myself giving them up entirely, but even I can agree that I could stand a bit of reprogramming on the healthy eating front.

Now I just have to figure out how not to spend my entire life washing, chopping, and preparing. 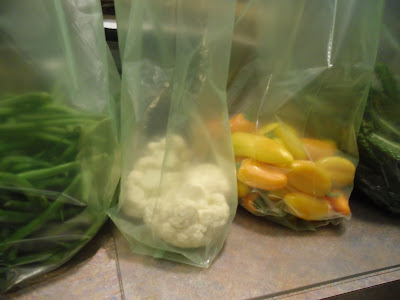