Last week a friend asked why I didn't time the cleanse so that it ended on the weekend, allowing me to really go to town. I had just discussed this with my boss because I actually thought it was better that it was ending midweek- so that I could attempt to maintain some measure of self control.  I also told her to expect to find me at my desk hidden by a mound of candy wrappers, but that's neither here nor there. For the record, she told me that if I put myself into diabetic shock at this busy time of year I'd be fired. Incentive to take it slow! Or so I pretended... Of course my ruse of self-control was to be exposed, since I had my massive Food Fight order shipping to my office. Curses! Foiled again. 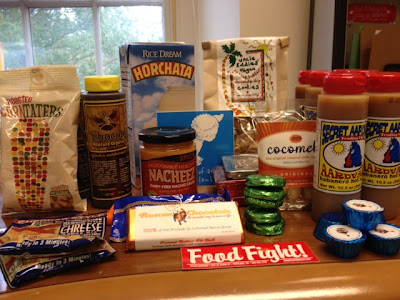 As it turned out, I didn't have to worry about overdoing it; right after the cleanse ended I took it slow and did just fine.  Then, a few days later, there I was, sitting at my desk, minding my own beeswax, when it happened. The friendly, neighborhood, UPS man arrived with my bounty. 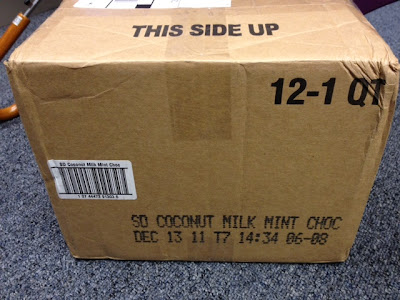 I really think Food Fight could sense how desperate I was to receive these goodies because they shipped them right away.  And, may I say, did a superb and most impressive job maximizing the capacity of the relatively small box by fitting everything in like a gloriously edible, vegan puzzle.  I considered leaving it sealed until I got home, but haven't I suffered enough? 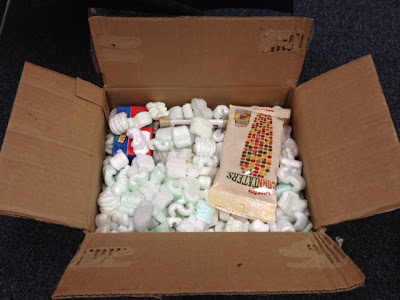 I'd just eaten lunch (romaine with carrots, celery, and tomato), but I still couldn't resist the Uncle Eddie's peanut butter chocolate chip cookies.  At first I just sat them on my desk.  Then, a nano-second later, I dug in. 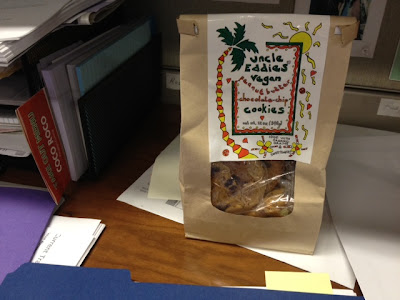 If you've never tried Uncle Eddie's before, let me assure you that they are a-ma-zing.  I haven't had them in years, but I always recall them as one of the first and best store-bought vegan cookies I ever tried.  They are as soft, chewy, chocolate chippy, peanut buttery, and fantastically decadent as ever; I can't recommend them highly enough.

So, it's official; I'm not over sweets (I still get credit for the potato chip revelation, though). 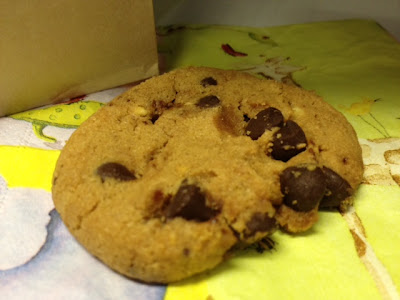 Now I know you took one look at that first picture of the order and called me a fatty in your head.  Well, I'll have you know that the entire bounty was not mine; it was a combined effort.  Don't worry; I accept your apology.

As it turns out, my friend, MVG, purchased these items: 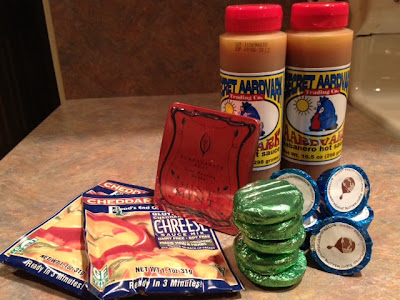 A respectable assortment of Secret Aardvark Habanero hot sauce, pomegranate hint mints, Chreese mix, peanut butter cups, and peppermint patties (that I resisted even though I inhaled the intoxicating aroma as soon as I opened the box).

As for me, I ordered one or two things more: Holy Kakow chocolate sauce, Uncle Eddie's, Horchata (first time trying), Secret Aardvark (What? It's supposed to last me all year), a few hint mints, Nacheez (for blogging comparison purposes only), corn-taters, cocomels, a Rescue Chocolate peanut butter pit bull, and the newest Go Max Go candy bars: Snap and Cleo's. 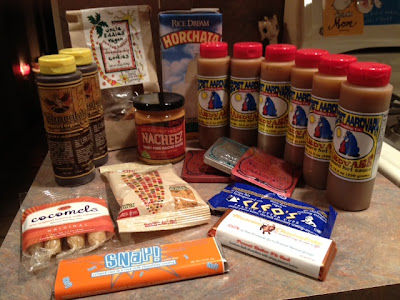 To make me feel like even more of a fatty, ever-generous MVG immediately offered to share his goodies.  This while I was scarfing my third, okay, fourth cookie in as many minutes. 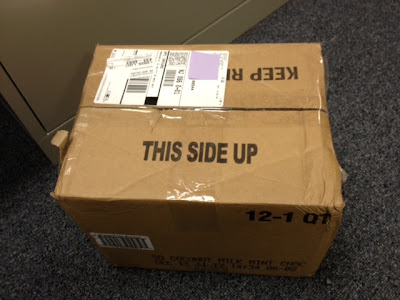 It was at that point when I packed everything up and re-sealed the box.
Posted by Abby Bean at 6:19 AM