I'm sure I'm not the only one who was addicted to Gardenburgers as a vegetarian.  Well, guess what?  They now have vegan varieties! 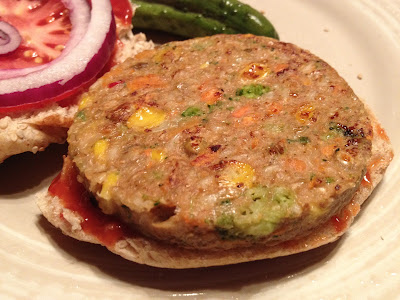 There are a ton of veggie burgers on the market, and it's taken me years to settle on my favorites: Sunshine burgers (southwest flavor), and Don Lee farms.  Yet for some reason (I was hungry), when I spied these vegan Gardenburgers in the supermarket freezer, I decided I had to try them.  I think it had a lot to do with the fact that I was hungry when I went vegan I missed those veggie-laden, vegetarian Gardenburgers I'd previously enjoyed. 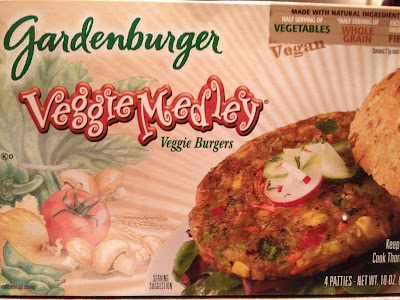 It was nice that they were packaged in such a way that acknowledges that not everyone cooks for a family of four. 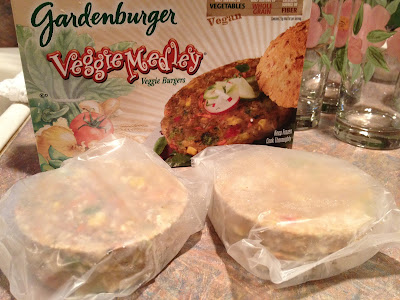 The frozen burger looked extremely appealing, and cooked up fine with a nice texture. 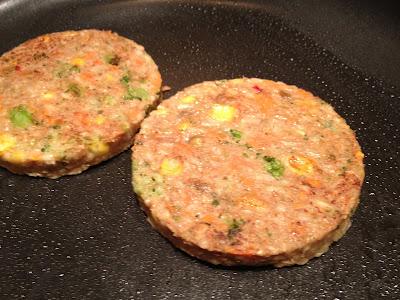 Unfortunately, it didn't have much taste to speak of.  Let me put it to you this way: it wasn't as bad as the Quorn burgers, but it wasn't good. 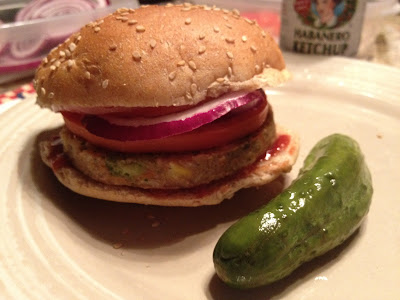 Garden burger still makes three non-vegan (vegetarian) veggie burgers- including the original, but in addition to the vegan veggie medley flavor I tried, they also makes a vegan black bean chipotle veggie burger.  That sounds good, but it remains to be seen if I'm going to shell out another $5 to see if it really is.
Posted by Abby Bean at 4:36 AM