Rule #1 of baking: always have enough ingredients on hand for a do-over.
Rule #2: always hope it doesn't come to that.

My friend was having a Halloween party and I really wanted to contribute something festive.  Since my fellow lychee martini fan always thinks the lychees look like eyeballs, I decided that bloody eyeball cupcakes were in order- made with lychees! 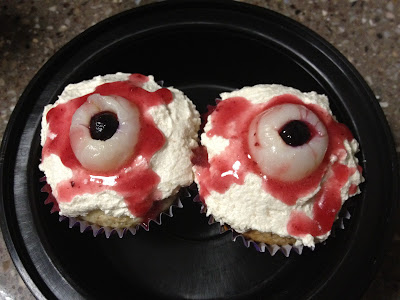 I admittedly got a late start: at about 9pm the prior evening I gathered my ingredients and got to work making VCTOTW lychee cupcakes (p. 122). 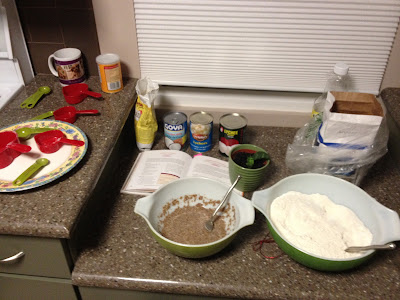 When I mixed the wet ingredients with the dry, it seemed disproportionate.  I assumed that I'd miscalculated when doubling the ingredients, so I randomly scientifically added more liquid.  The batter remained thick, but I put them in the oven and hoped for the best. 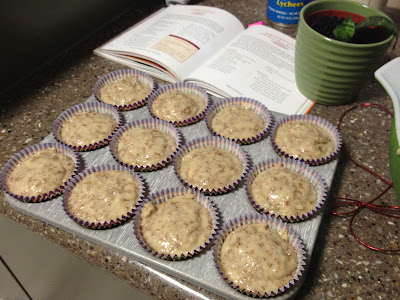 In case you're wondering, these are not the best.  After cooking for an extra 10 minutes the center still wasn't cooked.  I did try them, but they were indeed undercooked, pasty, and inedible. 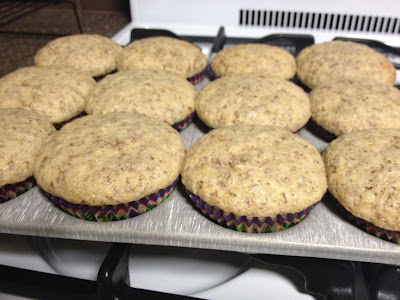 Because I clean as I go, I had to re-gather the ingredients and hand wash (I love my dishwasher) all of my bowls, utensils, measuring cups and spoons in order to start over.  Round 2: 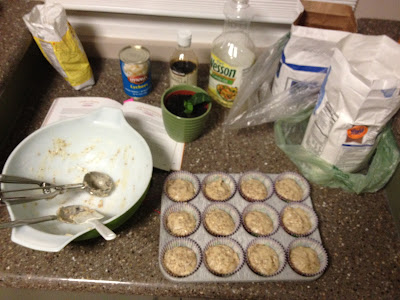 I knew I'd measured everything exactly, but the batter was still stiff.  It didn't pour like traditional cupcake batter, but instead had to be scooped in like soft cookie dough. 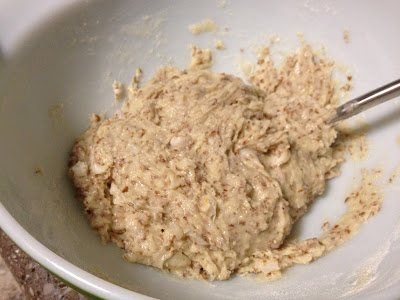 It would seem that's just the nature of this recipe. 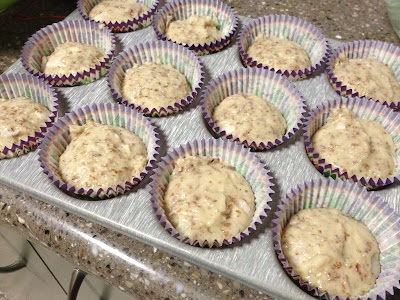 No doubling/no math: this time I'd made the recipe as printed.  I only had so many special Halloween cupcake liners! 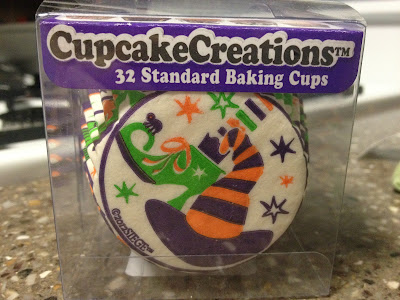 Thankfully, they cooked in the expected time. 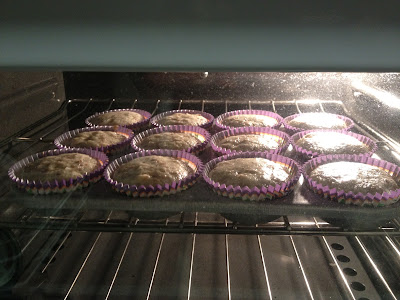 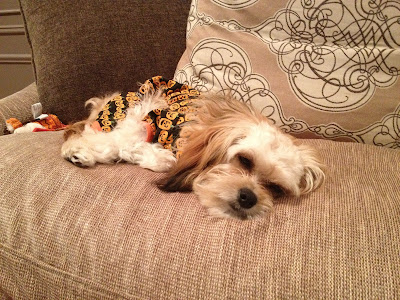 Because I needed something substantial to hold my eyeballs, I skipped the recommended coconut glaze and instead made half a batch of buttercream frosting (p. 142) using my leftover coconut milk. 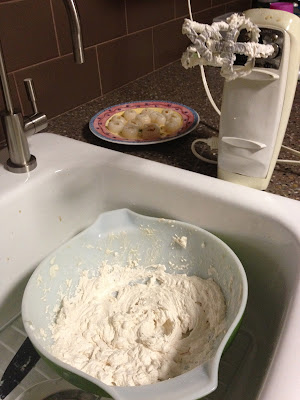 I iced the cakes and then got to work on the eyes.  This is where there was a break in the photography because I really wanted to get done and go to bed. 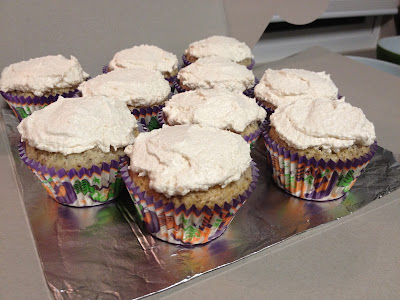 I used the top half of a lychee for the the eyeball, and a defrosted frozen blueberry for the iris/pupil.  I mixed cranberry sauce with water in the Magic Bullet for the blood (yes, in hindsight cranberry juice would have been more efficient). 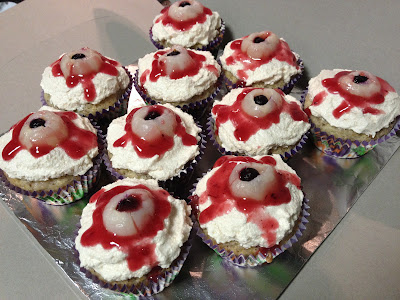 Early the next morning I delivered them to the party location, the underground dungeon of doom, where I traded them for two mini-cupcakes as they were being prepared. 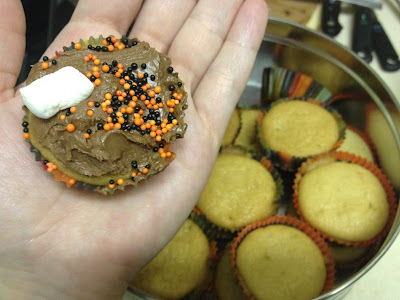 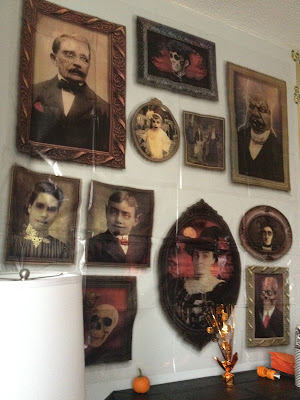 Complete with an impressive vegan spread: 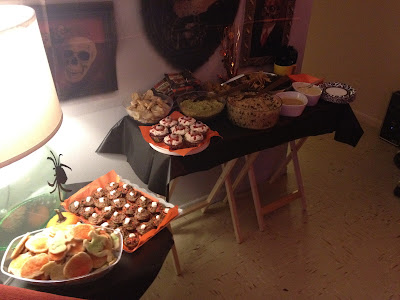 So much delicious food.

Sugar cookies!  Green and orange pumpkins, ghosts and cats.  I only ate about 50 of these. 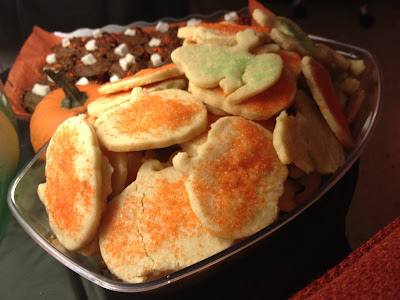 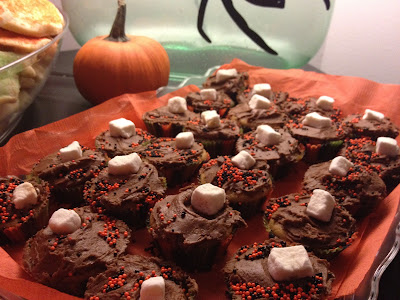 My eyeballs: they turned out spooky enough, but I didn't love the taste of the cakes.  Despite all the sugar, the flax made an unmistakably "healthy" tasting cake. 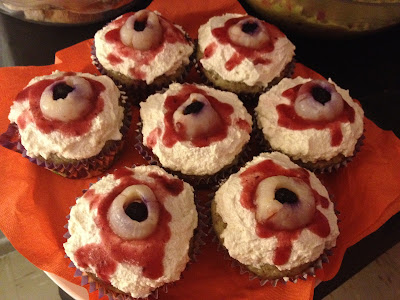 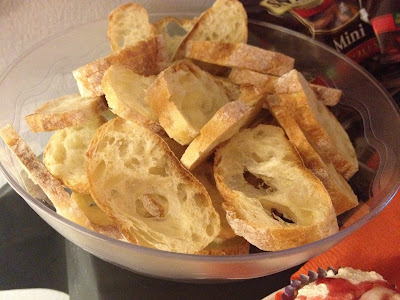 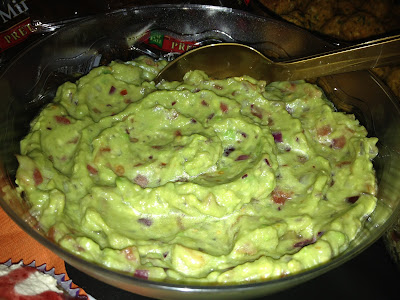 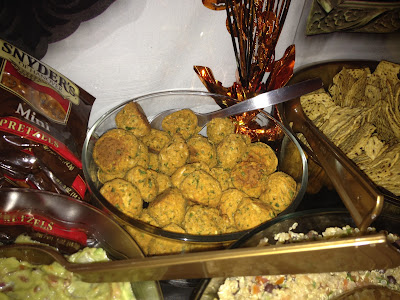 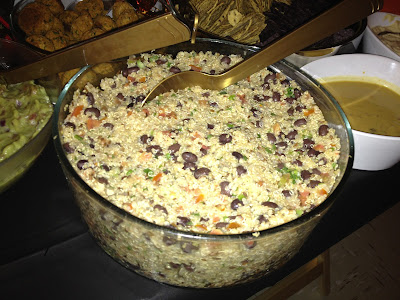 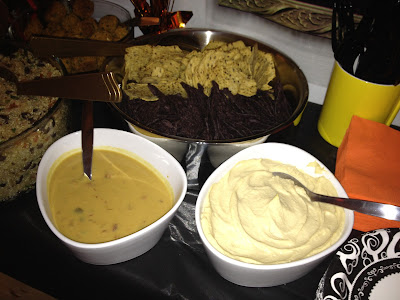 And, last but not least: vampire's blood jello shots!

Besides my bloody eyeballs (the cupcakes, not my actual tired, bloodshot eyes), this was all the work of one busy and generous Willy Wonka, who invited us into his dungeon for an evening of great friends, excellent food, and mediocre horror.  Thanks, JD!!
Posted by Abby Bean at 8:07 AM