Make Your Own Veg Food Festival!

If you missed the NYC Vegetarian Food Festival, don't worry; there's always next year.  Until then, make your own!  This was our personal, NYC Veg Food Fest: before and after the real one.  Best part?  No lines and no nasty security guards.

We started our day at Terri... 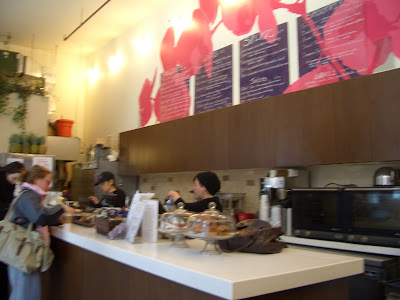 because Butterfinger shakes are the breakfast of vegan champions! 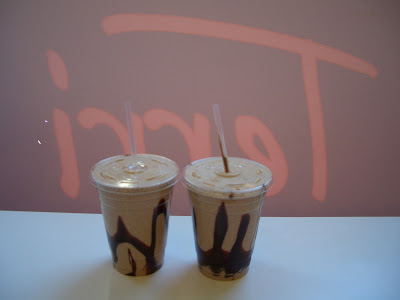 The shakes were possibly the absolute best we've ever had, and we unexpectedly met blogger Elisha from Veganthropology when she recognized VM- inexplicably as a result of this picture; how funny is that?  It was a hilarious start to our busy day.

Then we made our way to the real NYCVFF and the illustrious Cinnamon Snail.

We took a brief detour to Cocoa V and, afterwards, headed over to Liquiteria for some refreshment. 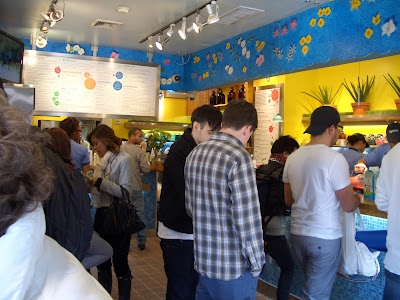 VM went with a boring black coffee, but I had a stellar watermelon & lemon juice. 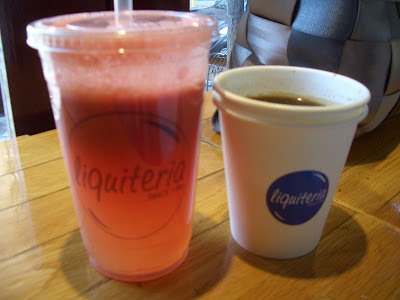 Per usual, it was a prime spot for people pet watching. 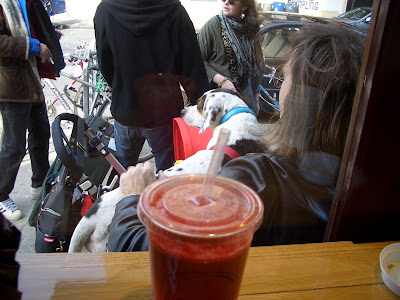 When it was time for dinner, we chose John's of 12th Street.  The friendly and charming co-owner, Nick, left as we sat down, and we were disappointed not to have the opportunity to chat with him.  Unfortunately, his absence also meant that the service was not on par with what we have come to expect at John's; we will definitely make a point to return at a busier time and day to avoid this misfortune in the future.  However, the food was as outstanding as ever.

Disclaimer: we missed the table by the window because some other dang vegans- whom I'd coerced into the restaurant when they were hesitant- snagged it first, so the lighting for my pictures suffered miserably.

We started off with the must-order bruschetta: garlic-grilled bread with avocado, basil, and tomatoes.  It sounds simple, but it's incredible. 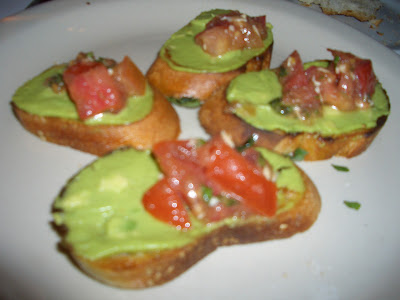 Then we tried the stuffed mushrooms, which seemed to be filled with a mixture consisting of breadcrumbs, herbs, and a hint of mozzarella Daiya.  Highly recommend. 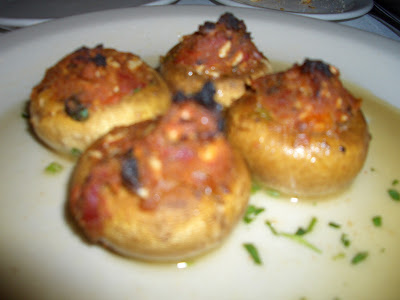 For dinner, VM couldn't help her vegetarian self and ordered the Rolatina of Eggplant Parmigiana from the regular menu.  Boo hiss!  She said it was delicious. 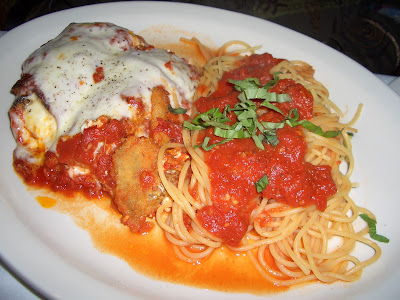 I, on the other hand, ordered the Seitan alla Rosa: with artichokes and fire-roasted peppers in Marsala wine mushroom sauce.  WOW.  I am not a tremendous seitan fan, but the homemade version at John's is phenomenal.  Yes, homemade.  In an omni restaurant.  Extra credit!  This was positively the richest entree I have eaten as a vegan and I appreciated the decadence...even again as leftovers. 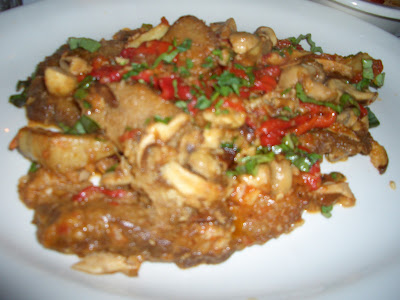 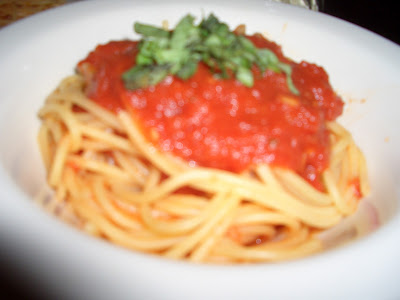 And of course we had a side of garlic bread. 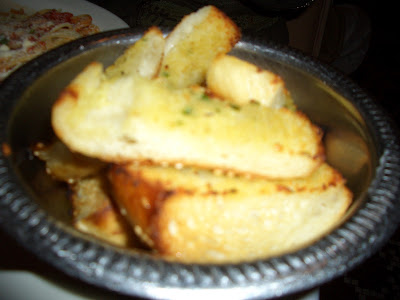 Since we'd already covered so much ground we decided that instead of having dessert at John's, we'd continue our personal Veg Food Fest; "Why order Lula's out when you can go directly to the source?"

It was a three-scoop sundae day for me: rocky road, peanut butter chip, and- a flavor I've never tried before, toffee crunch.  Hot fudge, graham crackers, whipped cream and a cherry sealed the deal.  They're gonna have to institute some kind of super-scooper, quantity discount policy at Lula's because these giant, off-the-menu sundaes are going to break my piggy bank!

VM went for a cone of rocky road and toffee crunch; we were both impressed by the new-to-us flavor that was sweetly swirled with a caramelly ribbon and studded with chips and crunchy bits (crunchy bits are where it's at).  Leave it to Lula's to never offer a flavor that isn't absolutely and generously filled with toppings; you won't find yourself digging for the good stuff; it makes it into ever single bite! 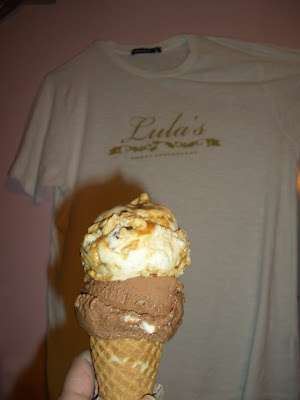 Before we headed home we realized that we had a Pommes Frites Groupon that was about to expire, so we unabashedly grabbed two cones of fries to go. 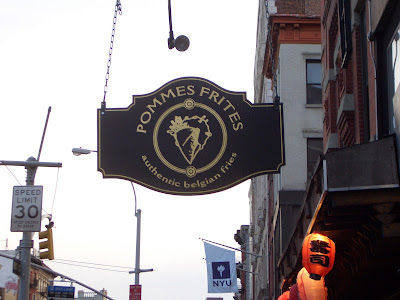 You know that we were incredibly full because it didn't occur to either of us to sneak a hot fry. 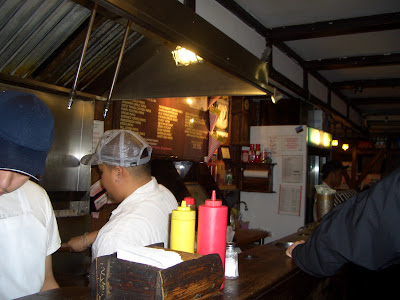 I am happy to report that the frites re-heated incredibly well and you can recreate the Pommes Frites experience by making your own dipping sauces and toppings at home. 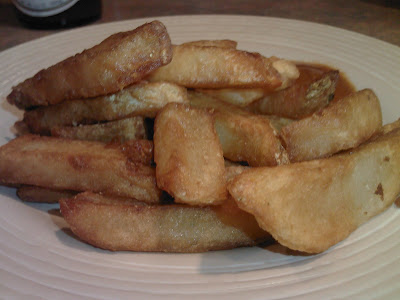 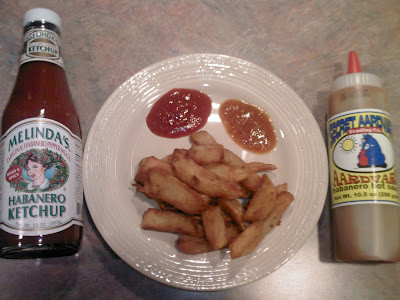 So there you have it; put next year's official NYC Vegetarian Food Festival on your calendar, but in the meantime: have your own.
Posted by Abby Bean at 4:41 PM