In my multi-denominational family we follow tradition more than religion.  And, over the years, our Passover Seder has become more of a Jewish-themed meal in homage to our ancestors, rather than an actual kosher-for-Passover celebration. 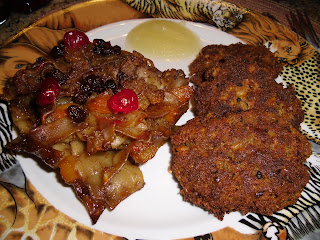 It all starts off with some light reading and a delicious charoseth. 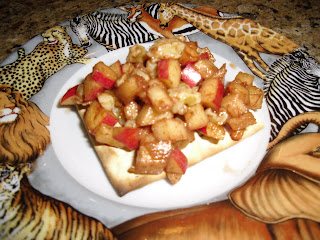 Next up: the infamous soup.  It's well-known that VM makes the best vegan matzoh ball soup in town.  On this night, she chose not to strain the flavorful vegetables out of her homemade stock: instead leaving in the finely cubed potatoes, carrots, parsnips, celery, onions, and scallions.  Not a matzoh ball enthusiast herself, I suspect this was because she has tired of plain broth; but, she claims she was merely inspired by her last foray into the soup world.

Not suprisingly, VM's kugel- what we call "noodle pudding"- is a sweet one, and the only one for me.  I grew up on this kugel and no other can begin to compare.  Don't bother looking for a recipe; she'll never share.  I've "seen" her make this kugel countless times; but, in addition to her claim that she doesn't use exact measurements, I have the sneaking suspicion that she throws in secret ingredients while I'm not looking. 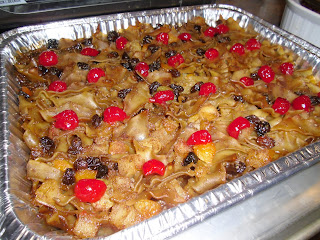 This year we decided to veganize the chicken cutlets that usually make an appearance at the table.  We aren't big fans of mock meat, so, instead, we jointly created the famous chickpea cutlets from Veganomicon (p. 133).  You just can't beat a crispy, cruelty-free cutlet with apple sauce. 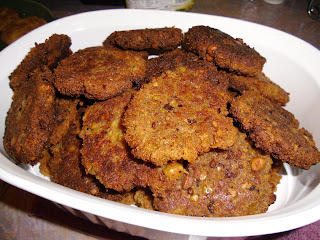 She's a tough act to follow, but I managed to handle our holiday dessert all by myself: Sweet & Sara's toasted coconut covered marshmallows.  Simple, yet extraordinary. 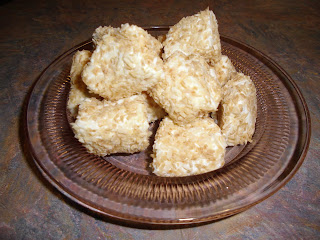 So, happy Passover.  And, to all you peeps with extra matzoh in your pantry (you know who you are with the free, 5lb box from the supermarket), go make yourself some matzoh brei!
Posted by Abby Bean at 7:46 PM