A friend of mine lives in a rather rural area of New Jersey.  The drive to see her is picturesque and relaxing, and I always look forward to visiting with her and her family.  Because a lot of people in her area have considerable, organic vegetable gardens of their own (she herself has an extremely impressive herb garden), there is little need for official farmer's markets.  Instead, on any given day, you can purchase their surplus for a relative pittance.  Many people set up a rudimentary table/tent area on their property (which I didn't feel comfortable photographing), but the woman who runs the farm below takes it to another level: displaying her fruits, vegetables, and fresh-cut flowers (you can make out the tip of the sunflower field on the right of the photo) in an old truck!


We recently took a short tour of what was available in the area on a Sunday as the summer was winding down (better get there early before everything is sold out) and this was my haul, all organic, for a total of $7. 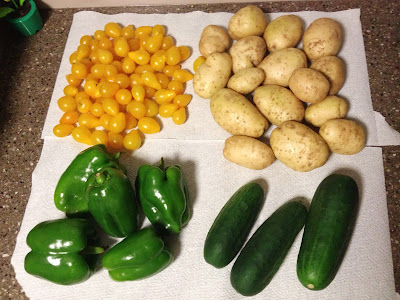 These tomatoes were my favorite; I started eating them, plain, that evening. 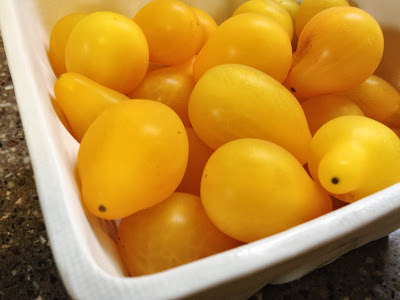 The morning after our excursion I realized I hadn't prepared anything to take to work for lunch.  I quickly assembled a salad of arugula, walnuts, soybeans, orange muscat champagne vinegar...and topped it off with some of the tomatoes.  The good news: my simple salad was delicious.  The bad news: I ate it at 11:00am. 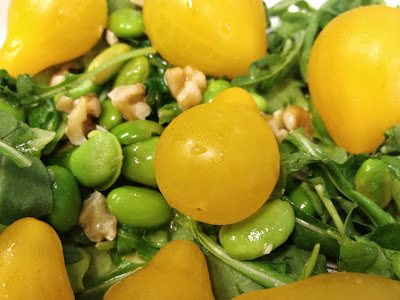 The green peppers went, with (Trader Joe's) carrots; (farmer's market) string beans; (canned!) water chestnuts; and onions, into a modified lo mein from The Asian Vegan Kitchen.  This picture is pretty, but when I tried to stir the rice noodles in with the veggies, they pretty much just stayed in a clump. 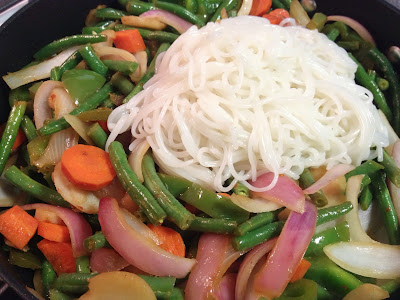 With patience and two forks I was able to turn the large clump into a few smaller clumps, but the whole dish was a good reminder that rice noodles do not cooperate and definitely do not lend themselves to good leftovers.  One word: pasty.  I tried to pretty them up for you the best I could. 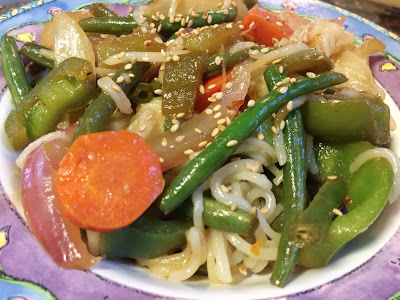 I have to admit that I could have been significantly more creative with the potatoes; I wound up making two batches of French fries with them!  First I tried them BYOL style: baked with no oil (tossed, instead, with broth/herbs/spices). 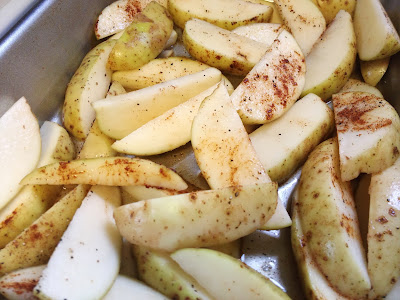 They actually came out much better than I expected, but someone neglected to recommend parchment paper and I was left with this mess! 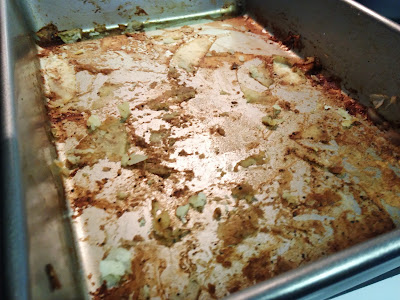 In retaliation, for the next batch I coated the pan and the fries with a light spray of oil along with salt and pepper. 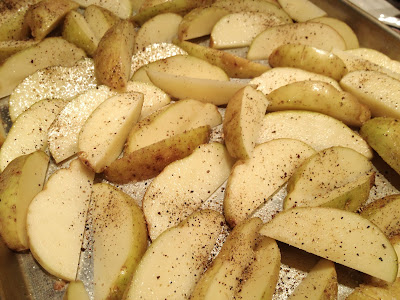 I still baked them and they were pretty good (no sticking!).  Nowhere near as good as these, but good nonetheless. 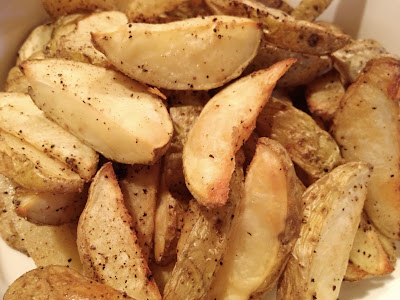 I actually forgot about the cucumbers, so one day- long after they should have been wilted but weren't, I quickly mixed up a batch of kalamata olive hummus to eat with them sliced.  For the record, I didn't really love the olive/cucumber combo...bread or crackers would have been better.  But the cukes?  So hardy! 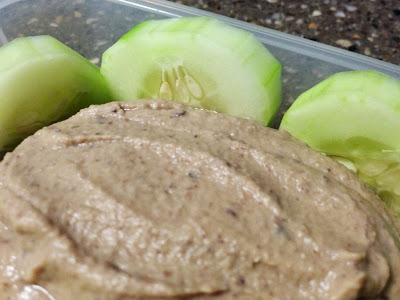 Note: It was my first time making dip in my Vitamix and I was a little perplexed by how to get the rest of my hummus out from within the blades at the bottom. 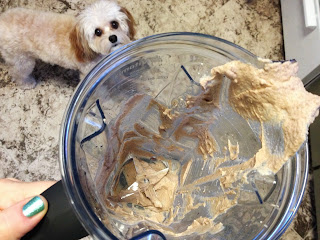 In addition to sharing her local bounty with me, that day my friend also sent me home with some goodies from her personal herb garden: fresh mint in numerous varieties.  She's so fancy. 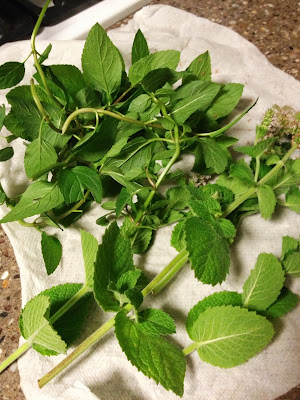 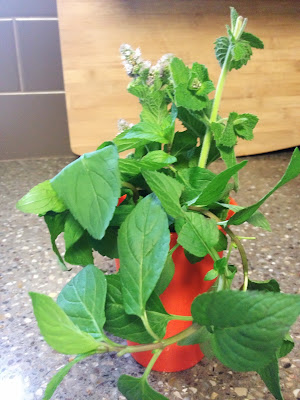 And when I say fresh, I mean it.  Check out this free gift with purchase. 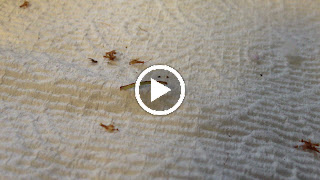 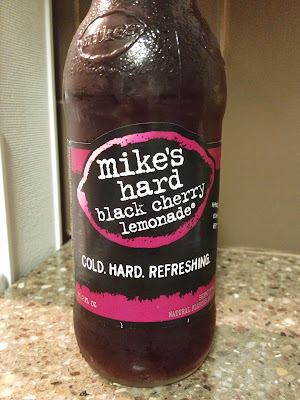 She slipped it into my bag!  The only thing better than fresh, cheap, organic produce is a friend generous with her booze.

Mid-draft update: said friend has since picked up gorgeous string beans from the truckstand.  There was a sign that said, "pay what you think is fair."

P.S. Just because I don't have a theme doesn't mean I can't be inspired by the themes of others.