It would seem that Wild Ginger is a vegan staple that has been visited by everyone...except me. 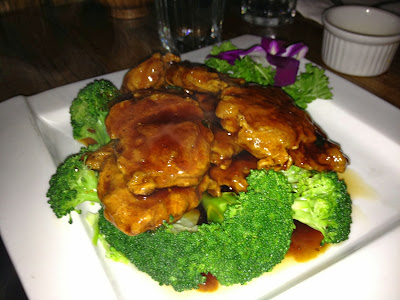 A while ago that all changed when I had the opportunity to dine at the Bedford location (the SoHo and Smith Street restaurants have a separate website, but a seemingly identical menu) with friends I hadn't seen in some time.  I really liked the atmosphere of the restaurant: serene, clean, and with obvious attention to detail.  Translation: we wanted to swipe the table's floral arrangements. 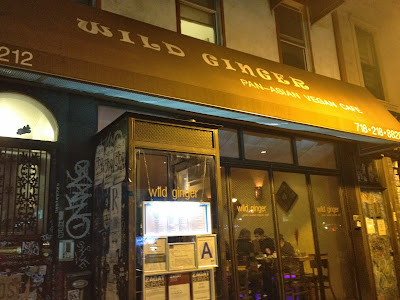 The entrees come with your choice of soup or salad.  The soup is miso; I didn't have, but it received high marks from the rest of the table. 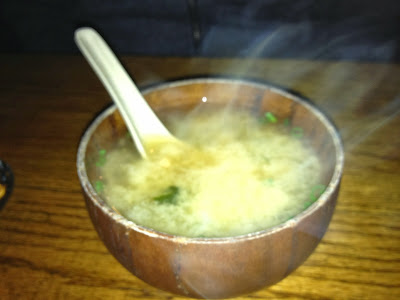 Instead, I went with the salad, which was much larger than expected and very fresh: 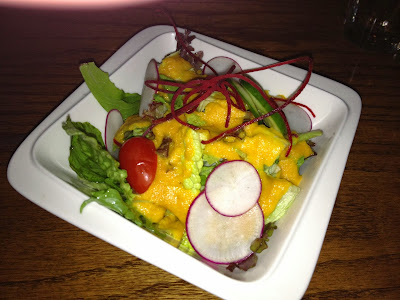 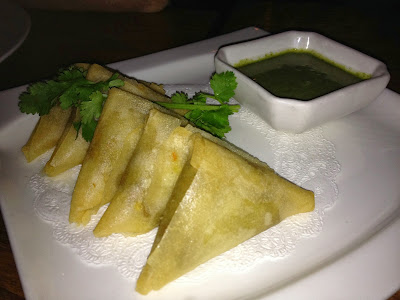 One friend had the spinach salad: with baby spinach, pine nuts, beets, chick peas, and alfalfa sprouts- topped with citrus yuzu dressing.  I heard no complaints, and it looked just as fresh as my appetizer salad. 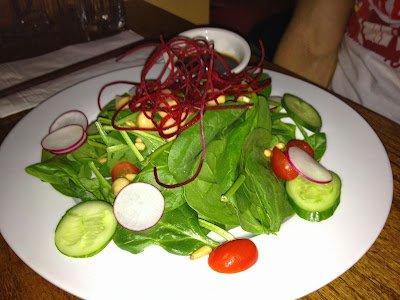 Another friend chose the General Tso's soy protein: with breaded medallions of sauteed soy protein with steamed broccoli in a spicy brown sauce.  It was completely different from the General Tso's served at Buddha Bodai and Soy and Sake, but also good.  The sauce- even when ordered non-spicy, was excellent and made the dish.

I'd intended to follow her lead, but I instead chose the sauteed tofu and vegetables: with tofu, broccoli, carrots, zucchini, lotus root, asparagus, sugar-snap peas, and cauliflower sauteed in a rich, brown, kung-po sauce because I wasn't feeling mock-meaty and I really wanted some lotus root.  It was a generous portion and the veggies were fresh and hit the spot, but the dish was bland overall; I'd recommend ordering very spicy for some flavor (maybe they could douse it with General Tso's sauce?). 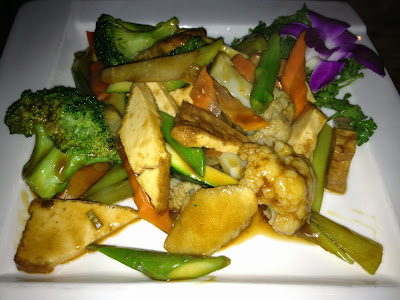 The last entree of the table was the soy cutlet sizzling platter: thick breaded soy cutlets sauteed in a basil-ginger sauce with zucchini, asparagus, and peppers.  It was very much enjoyed and I secretly coveted the hot sauce that was ordered with it. 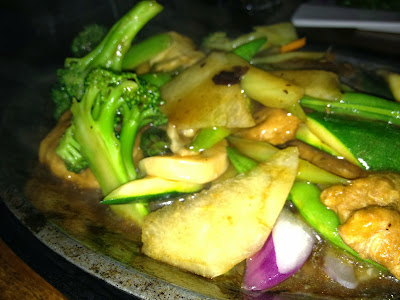 While I wasn't impressed with the flavor of my particular dish, based on all of the other positive elements, I would definitely give this restaurant another try. If anyone has a recommendation for improved ordering, let me know; I'm already eying the cold green tea noodles with sesame peanut sauce.
Posted by Abby Bean at 7:17 AM