Hey there MoFo'ers, I visited London back in March and have been blogging (intermittently) about it ever since.  Catch up if you like!

After a long, cold, snowy day at the Tower Bridge and the Tower of London, we were once again looking forward to sitting down to a delicious, vegan meal. 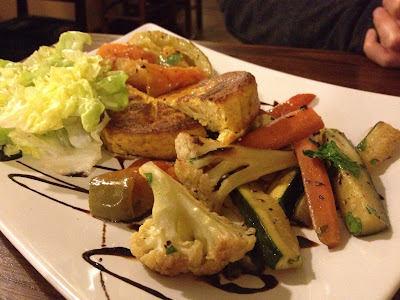 On this night, we chose Amico Bio, a vegetarian Italian restaurant with two locations in London (I think we were in Holborn). 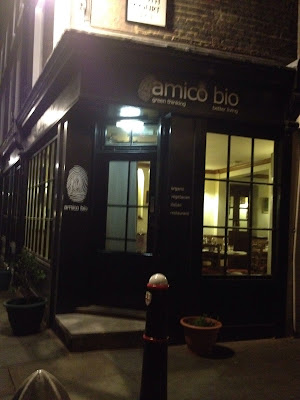 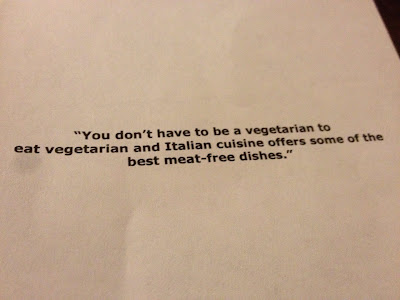 While there was a predominance of dairy cheese and even yogurt on the menu, there were many dishes available with a vegan option. 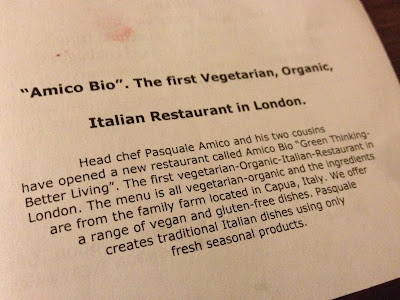 The restaurant was quaint with a European feel.  As it was a Monday evening, it was not particularly busy. 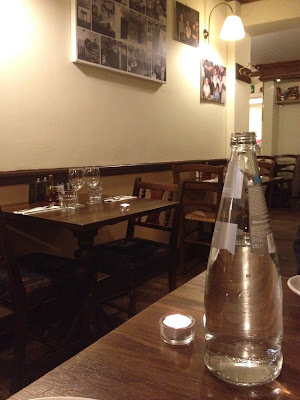 My friend and I make good sharers; we started with the Bruschetta al pomodoro: tomatoes bruschetta.  Don't let the simplicity fool you; it was flavorful, fresh, and hardy. 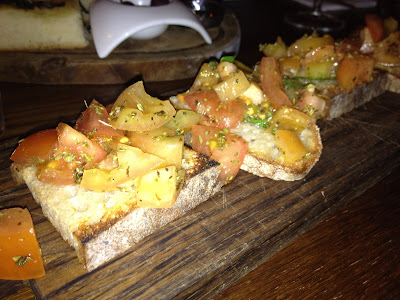 Also, Tagliere con focaccia, olive di Gaeta e oiio extra vergine organico: "Homemade focaccia bread, breadsticks, gatea olives and organic extra vergine olive oil."  Upon consumption, it became abundantly clear that the reason I don't like focaccia is because mine doesn't taste like this.  Each element was as beautifully presented as it was delicious. 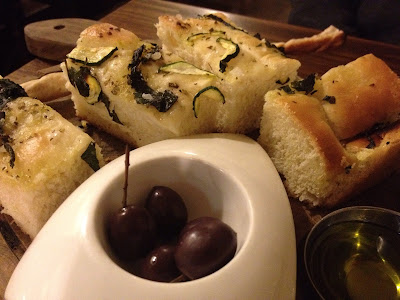 I should note that the menu does not showcase your typical spaghetti and meatballs Italian food.  Although they had a few choices that erred on the traditional side, we found them to be without a vegan option available.  So, for an entree I chose Arancini di potate, peperoncini: "Potato croquette with braised onions, sweet peppers, and Romaine."  A potato croquette!!  Who doesn't love a potato croquette?  Again: simple, but extremely well-prepared.  It looks oily in this photograph, but it wasn't. 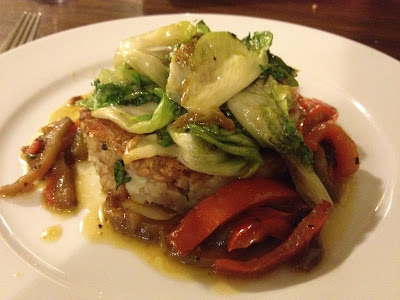 For my friend: Polenta arrosto con pomodoro: "Pan fried polenta with roasted tomato."  Another fresh, tasty dish where not a bite went to waste.

Everything about our experience at Amico Bio was understated yet flavorful.  It was a nice change of pace- especially in the throes of winter (yes, winter; it's taking me a long time to blog the trip!) and our marathon vegan tour of London.