Vegan MoFo Day 13: My Love/Hate Relationship With My Salad Spinner

Since I've been avoiding the evil juicer, let's focus on another "appliance" for the day, shall we?  My new salad spinner!  I did not grow up in a house with a salad spinner because VM thought it would take up too much room.  They do that, but since I've been using it every day it never seems to make it in the cabinet anyway (fail). 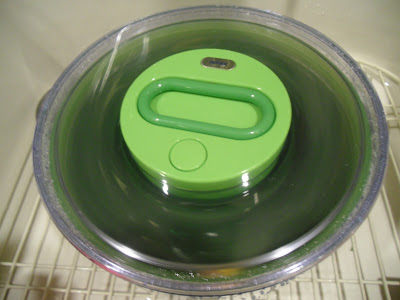 When I got my spinner home and realized that it wasn't dishwasher safe, I considered tossing it.  It may leave things spotty, but I'm convinced the dishwasher sanitizes things to sterility and I therefore want to put everything in it.

Once I'd resigned myself to the fact that it would have to be washed by hand, I began using it for- what else- kale.  Wow!  This is what people must feel like after they buy a Tofu Xpress; what was I doing all this time drying the kale on towels in the sunroom when all I needed was this gadget to make the leaves almost completely dry in seconds? 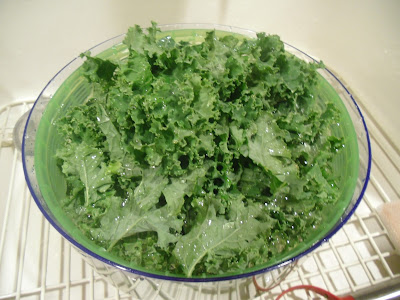 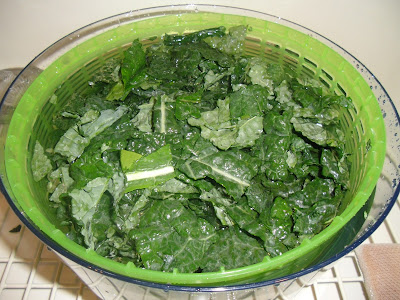 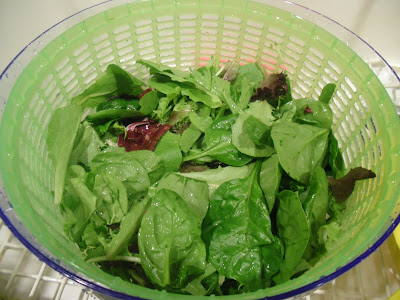 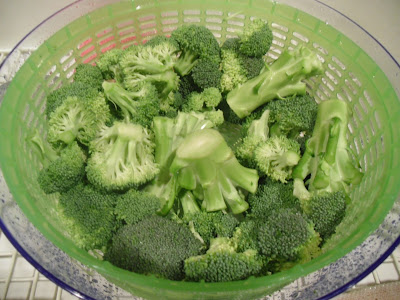 Basically at this point I'm putting anything in there that I want to wash & dry pronto.  Ok, except lentils; they'll slip through the cracks (I did think about it).

Although it came highly recommended, it is a little more flimsy than I expected.  I thought it was going to be glass; it's not.  Also, I have to keep my hand firmly pressed on the lid while spinning or else it will go haywire.  The main problem, though, is definitely having to handwash the stupid thing (I am fickle indeed!).  The bowl is easy enough, but the strainer tends to "catch" bits of things and not want to let go.  Worse, however, is the lid.  The pieces don't separate; so, apart from threading a paper towel between the two parts with the utmost patience, you're forced to, for the most part, let it air dry.  I vigilantly check for mold or any other such daily. 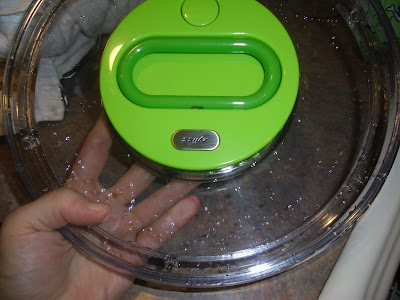 And what about these holes?  They're open, 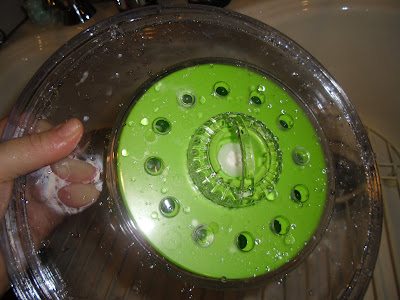 they're closed.  Water has to be sneaking in there regardless of my vigilance; where does it go? 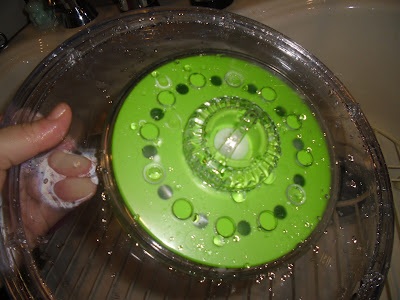 Basically what I'm asking is, are there secret germs lurking in my innocent-looking salad spinner?  I just want to know! 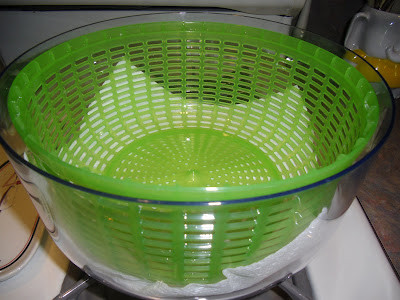 As you can see, this cleanse has done nothing if not made me extremely mellow ;-)

In other news, my eats of the day weren't that exciting.  I fully intended to juice this morning, but people forget how to drive in the rain, so I couldn't risk losing traffic time cleaning my juicer.  I was going to grab a banana and some almond butter to go, but instead I decided to make a quick smoothie in the bullet.  Banana, almond butter, almond milk, cinnamon, ice (to thicken and chill): 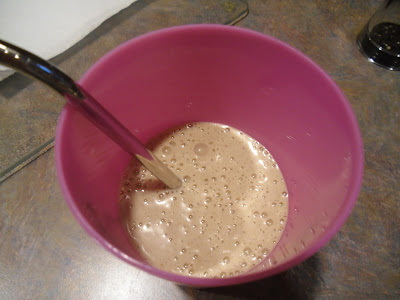 Accidentally, my proportions were on point and it was actually tasty and only minorly banana-y.  I know, no greens.  But also no nausea or chewing!  I think I would have preferred the actual banana with almond butter, though....

For lunch: my kale salad of the week (same as yesterday): 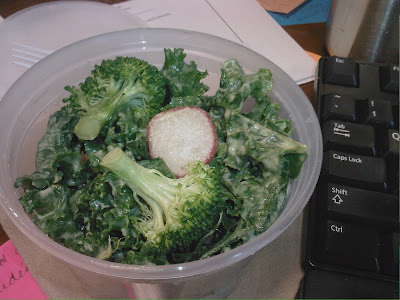 Mid-afternoon I was freezing; I decided to give yerba mate a try, as it was recommended by CSD.  Tell me, is it supposed to taste like a cup of green tea that was left uncovered in an extremely smoky room?  With all of the delicious drinks in the world, why must my cleanse beverages all be so horrid!? 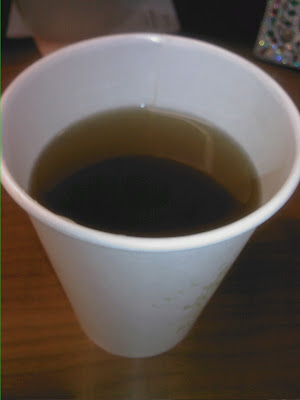 With tea/ashtray mouth, I met a friend at P.F. Chang's for dinner.  We shared an order of edamame and I had the vegetarian lettuce wraps.  The server told me this dish did not contain sugar, but why was my heart beating out of my chest during my shopping excursion afterwards?  I did have my standard decaffeinated ginger peach tea, but I wouldn't have thought that the trace amounts of caffeine would have affected me like that. 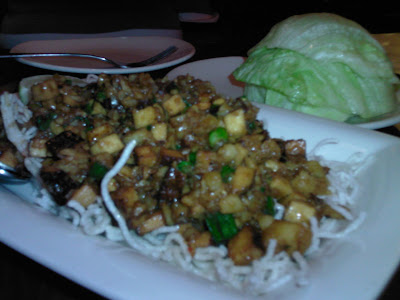 Well, if there's one thing I'm learning, it's that I know even less about food than I thought.
Posted by Abby Bean at 6:38 AM