Vegan MoFo Day 23: Nearing the End of the Cleanse AND the Reno

Do you know what happens when you have the bright idea to place an order from Food Fight while your cleansing and in anticipation of it being over?  A 35 item order.  I know, let's not talk about it (I can't wait!).

Ok, so yesterday's eats were pretty boring since whatever time I wasn't at Home Depot or Lowe's, I was preparing the next day's dinner.  It's going to (hopefully) be good!

Another banana smoothie with almond butter, almond milk, cinnamon and agave for breakfast.  6 ice cubes fills the cup & my belly for the day. 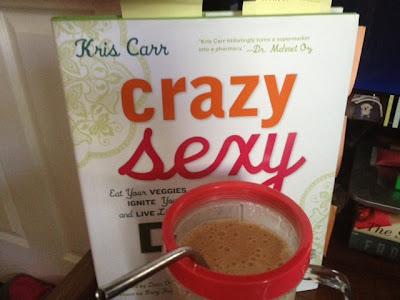 I had a few Brazil nuts mid day. 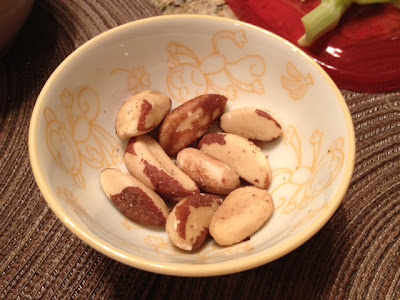 And for dinner: leftover sunflower seed pate served with raw cauliflower, cucumbers (!), zucchini, celery, and watermelon radish.  A word about watermelon radish...it doesn't taste like radish!  It's tongue-burning bitterness does not lend itself to a crudite.  To the rabbits who inherited my bounty, I apologize. 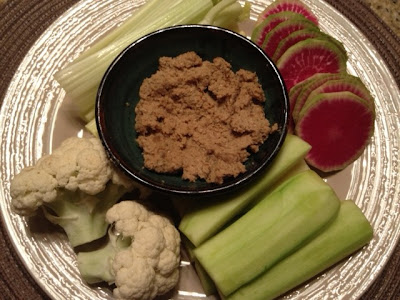 To make up for this snooze of a post, a glimpse at my house finally getting some finishing touches after 8 months of reno...

If I'd had any idea what was really going to be in store for me when this project started, I would have been considerably more frightened.  Now that everything is really coming together, it's startling to recall how far it has all come.  I'm referring to the house, of course.  As for the cleanse...it was a pain.  I won't dwell.  Give me some sugar!  The mere thought of my peanut butter chocolate chip cookies already en route is making it easier to reach the finish line.
Posted by Abby Bean at 8:18 AM