On this lazy weekend day I delved into the pre-cleanse stash in my freezer to retrieve...Cinnamon Snail donuts!  Now that the Snail will be in NYC regularly, most of you have no excuse not to visit soon and often.  But, just in case that's not a possibility, rest assured that you can confidently over-buy and freeze for future enjoyment; they defrost just fine!  For myself, I'd saved the Vendy Award-winning vanilla bourbon creme brulee donut: 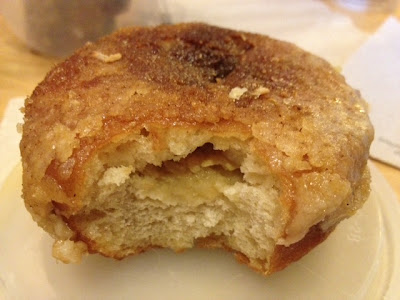 And for VM, what else but an apple cider donut: 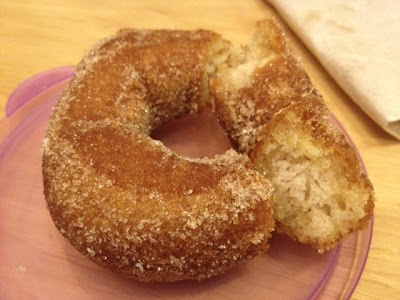 I did get a chuckle out of the fact that I'd sealed both donuts in a container that I'd previously used and thusly marked otherwise: 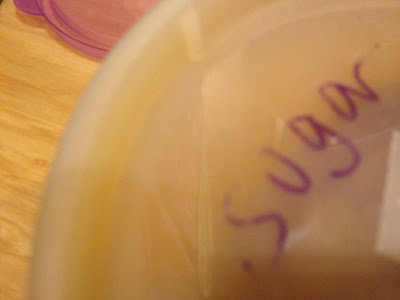 Oh yeah, there was Starbucks too.  A cinnamon dolce latte for VM and a tall-soy-raspberry-extra-hot-no-whip-hot-chocolate for me. 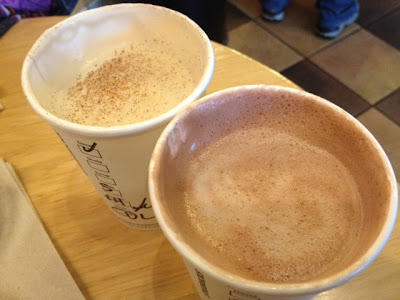 Lunch/Dinner was one of my favorite hummuses (hummi?) and the reason why I don't buy store-bought- house hummus: hummus topped with cherry peppers, olives, and roasted garlic from Sahara Restaurant in NJ (I know, I know; more beige). 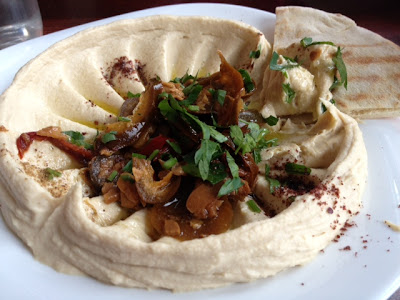 And, finally, I had the opportunity to watch Fat, Sick, & Nearly Dead.  Overall, I thought the production was a little more slick than Forks Over Knives, but I was extremely disappointed that it relied mainly on the weight loss results for shock value, rather than the significant information that could have been provided by the grossly under-utilized asset of Dr. Fuhrman, who was in the movie only briefly.  I was surprised by the apathetic responses most of the people interviewed gave about their health and futures, but mostly I was bummed that there was no vegan message whatsoever.  I know that vegans are supporting this movie because it promotes a veggie & fruit (juice) filled diet, but I think that the audience could have easily absorbed and benefited from more detailed information about why.
Posted by Abby Bean at 9:27 AM