A close friend who reads my blog recently emailed me regarding my cleanse.  She said that she wasn't surprised that I wasn't finding myself hungry, because she recalled feeling the same way when she had followed the Atkins diet.  She suggested that I, like her at the time, had probably just lost the will to eat without all my goodies (I do have some good goodies, don't I?).  Over ten days in and I'm not sure she's far off. 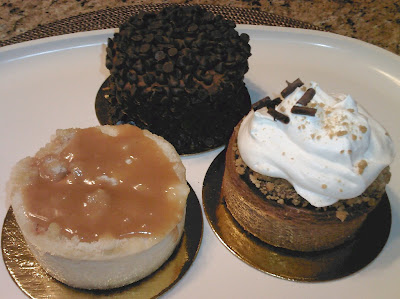 I really do enjoy eating vegetables but, as I've said, preparing them almost every day is so tedious that I'm beginning to resent them.  Coming home tired on a chilly night I really would be satisfied to heat a can of soup or have peanut butter on toast and call it a night.  But I've resisted.  I'm doing the best I can and anything involving the can opener would not be my best at this point.

So let's see where we're at.  My whole green juice/smoothie debacle has come to a head and I've just about given up on it.  So, yesterday, I made due with another banana, almond butter, cinnamon, almond milk smoothie (it looks bigger because I added extra ice).  This isn't exactly what the CSD has in mind, so I'll resolve to eat some greens in the a.m. because green beverages are most certainly out! 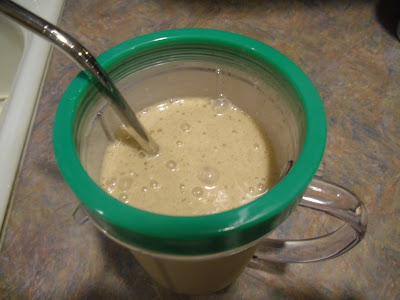 Just wondering, why don't my Magic Bullet mugs fit in my cup holders? 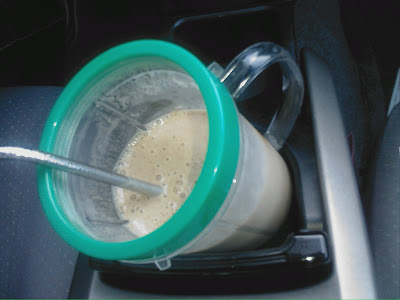 I'm doing just fine with the lunches, which continue to be raw kale salads.  Yesterday, a new one: dino kale with lentil/pea/adzuki bean sprouts and red onions. 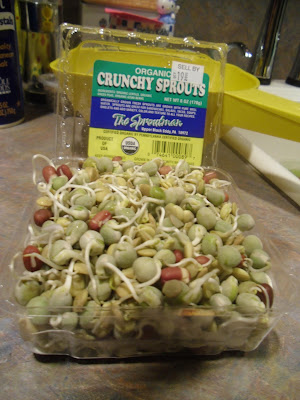 For the dressing I made the vegan ceasar from CSD (p. 209), subbing an avocado for the mayo and adding water to thin. 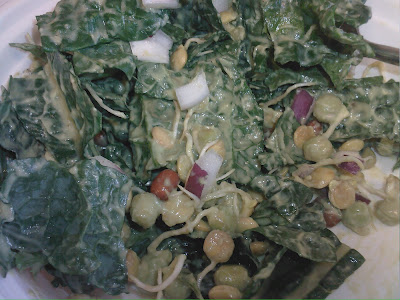 I started out doing salads and sauteed veggies for dinner, but frankly it was double work.  So, I've settled into a routine made up simply of dips and raw veggies in some incarnation or another, the best example of which was my raw spaghetti.  The spiralizer has really impressed me and helped to bridge the gap between appetizer food and an actual meal.  Also, I have a new appreciation for zucchini.

Yesterday's dinner was more leftovers of the lentil walnut pate (I know; I prepare way too much).  Still cleaning out the fridge of this week's produce, so it was a cold lettuce and tomato salad to accompany.  I know, snore. 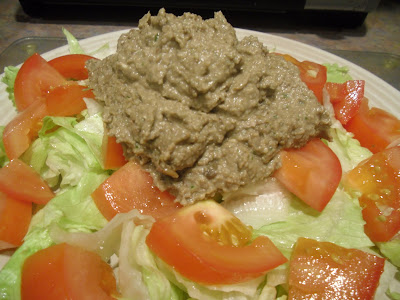 Not to say it isn't tempting* when a close-up photo of a peanut butter pit bull appears in my inbox, or The Cinnamon Snail mentions they have Mexican hot chocolate donuts on the truck, but I haven't really been craving anything in particular; I really am committed to completing this cleanse.  As for afterwards, I hadn't really given much thought.  Yet, when I told my boss about it a few days in, she asked, "What made you decide that you'd had enough sugar?", and I answered automatically and without hesitation, "I didn't really, this is just for 21 days."

So the question is, is it?  At the halfway point, only time will tell.

*It's not enough that holidays are based around candy, let's do the same for seasons; yay!!  Pumpkin and mushroom-shaped hazelnut truffles FTW.
Posted by Abby Bean at 6:41 AM