Vegan MoFo Day 25: The Last Day of the Cleanse!

So, the last day of the cleanse was yesterday.  I admit that I was completely over it and ready to move on, not putting much effort into my eats.  I had crisp, cool celery and zucchini for breakfast.  With the thermometer holding steady at 43 degrees, I would have much preferred something warm, like oatmeal, or at least something room temperature.  Let's be honest, Starbucks wouldn't have hurt. 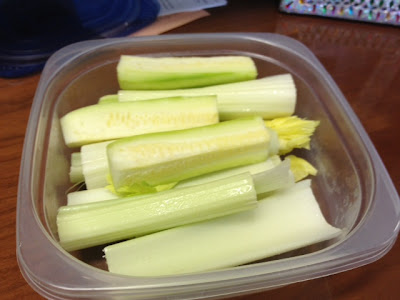 With the previous night's dinner I'd finished what was left of my produce; per usual, this led to an inability to pack a lunch.  I decided to head over to Whole Foods, but nothing I wanted was cleanse-appropriate.  I wound up splurging on deydrated, raw, kale chips. 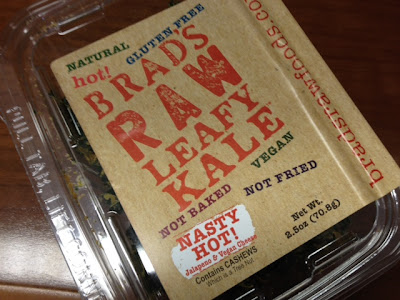 In spite of the tendency towards crumbs rather than large pieces, I like Brad's the best (no pointy stems). 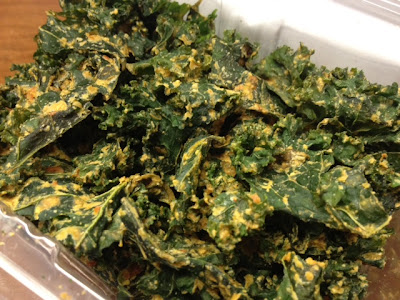 I hadn't tried this flavor before, but one bite and I decided it's my new favorite variety.  It's just like my previous fave, the cheese, but this one has the added bonus of delicious, jalapeno heat.

While I was there, in anticipation of my post-cleanse munching, I cleaned them out of Almond Bites.  No, really; I did.  The cashier was asking me if they were good (no doubt prompted by my bounty) and I talked them up so much that she said she was going to buy them.  Then I had to break the news to her that I'd bought all they had.  Don't judge me; it's every man for themselves when it comes to Almond Bites. 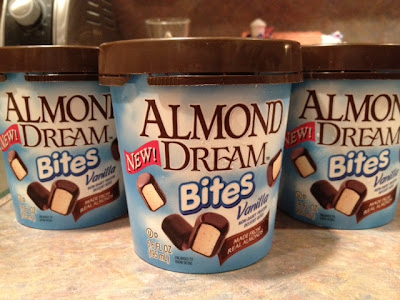 For dinner, leftovers of the fantastic fennel and yellow split pea soup, which was even better a day later. 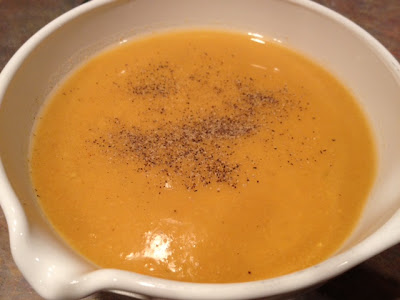 Are you snoring yet?  Because...

Ladies and Gentleman, that officially concludes my 21 day cleanse!  It's been a long, hard road...for you as well as for me; thanks for putting up with it!

Please stay tuned, as MoFo still has six days to go and I have a lot of eats to make up for; let's see how I fare, shall we?
Posted by Abby Bean at 7:08 AM